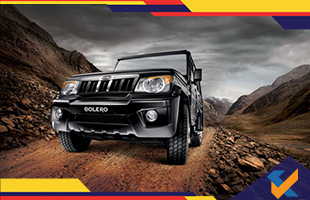 Rajan Wadhera, the President-Auto Sector at Mahindra & Mahindra, stated that brands like the Scorpio and Bolero Power+ have contributed majorly to sales volumes while the refreshed KUV100 NXT and TUV300 have also done well. He added that the strategy for rural markets is paying off and has resulted in 12% growth for upcountry markets. The emphasis on digital sales channels has also led to 8% of total sales figures coming from this medium according to Wadhera.

Maruti Suzuki is still riding high on the successful Vitara Brezza aided by steady sales volumes of the refreshed S-Cross. The company is planning to launch the new Ertiga MPV in the current financial year. Mahindra & Mahindra, on the other hand, is counting on refreshed products like the facelifted Mahindra XUV500 and new launches like the G4 SUV, S201 and U321 to drive sales growth in FY2018-19.