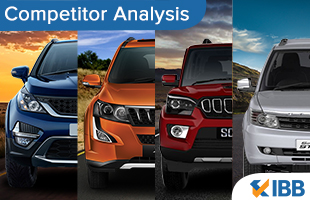 Scorpio was the car that re-wrote the destiny of Mahindra in India. When launched way back in 2002, it offered a true-blue SUV retaining the core strengths of a rough and tough SUV, while offering the comfort and convenience of a car. Mahindra kept the Scorpio brand alive by offering timely cosmetic as well as mechanical updates for the car. We pitch the latest 2017 iteration of the Scorpio with the competition 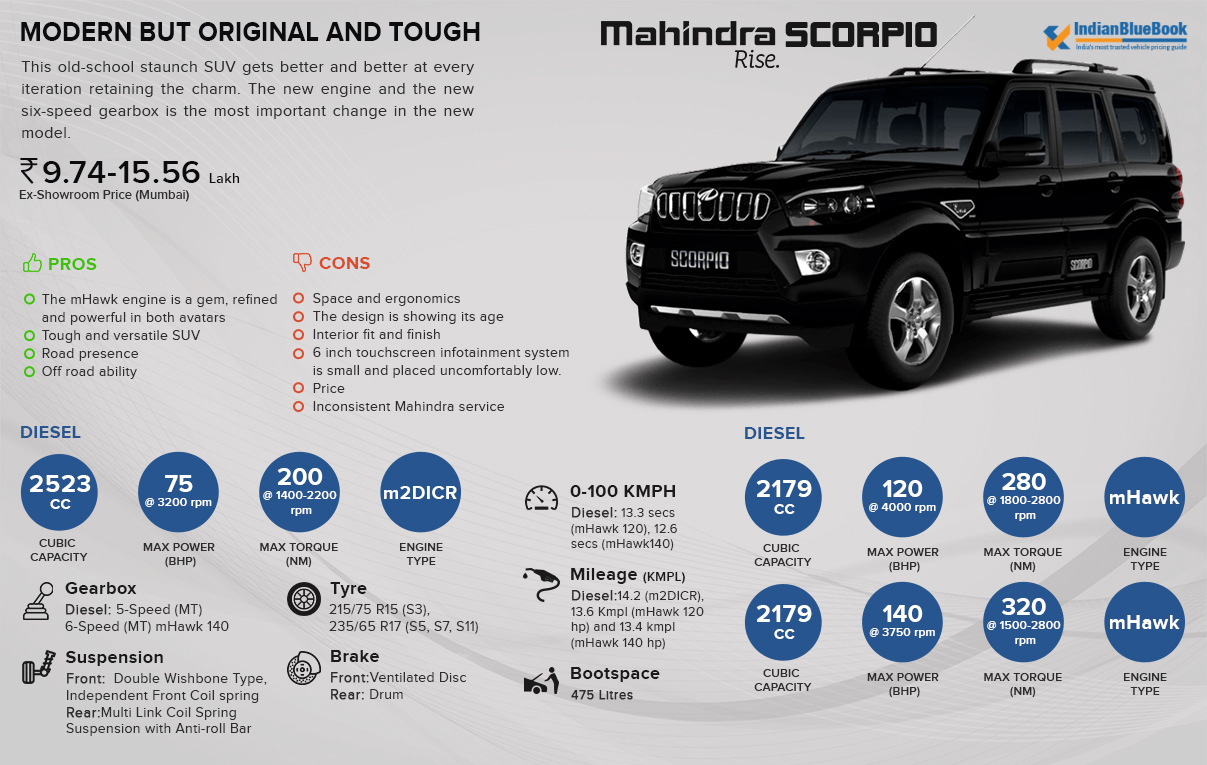 Mahindra has plonked a retuned version of their capable mHawk engine, which now dispenses 140 hp and 320 Nm (identical to its sibling, XUV 500) along with some cosmetic changes. 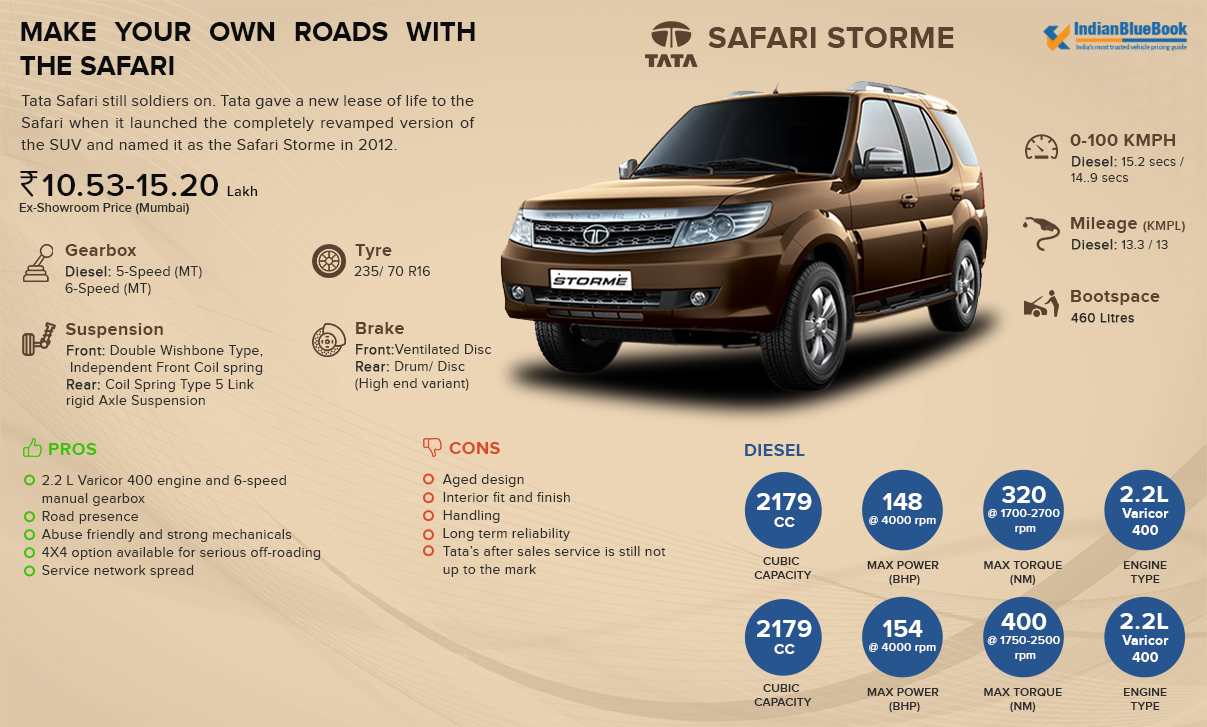 Like the Scorpio, Tata Safari still a favourite among car owners who want a REAL SUV. The car has road presence which very few cars in India can rival. 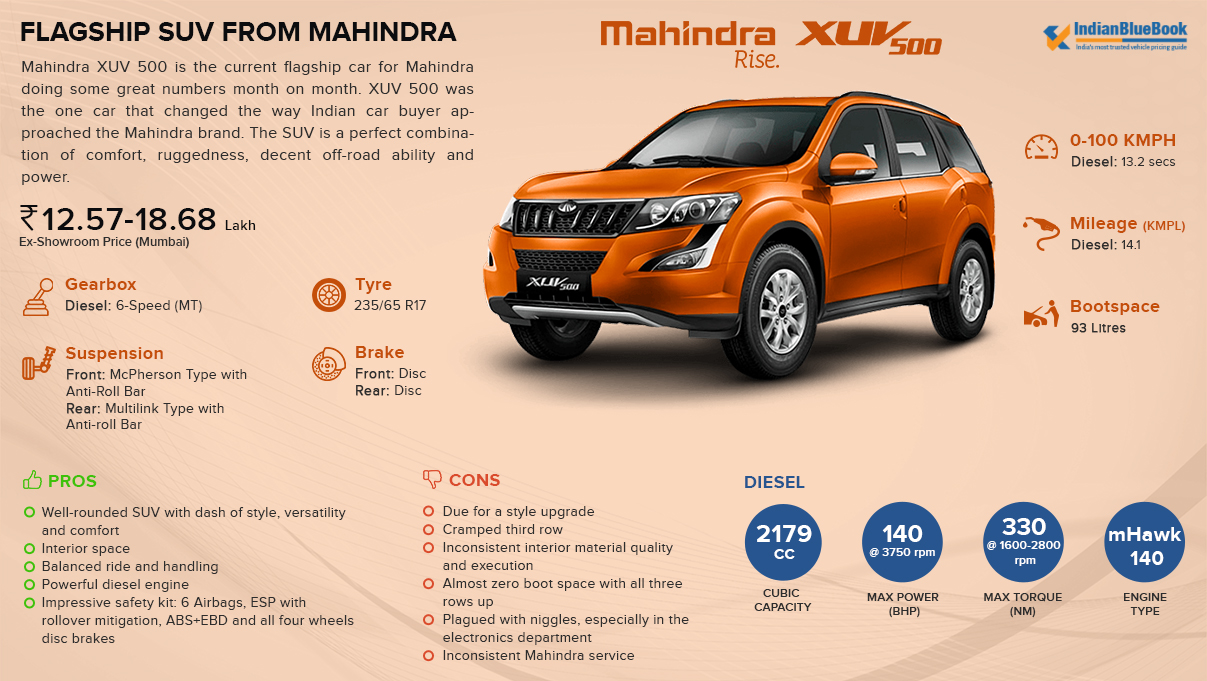 Mahindra XUV 500 is one car that changed the face of the Mahindra brand in India. The car offers core strength of an SUV coupled with a very comfortable passenger and driver experience. 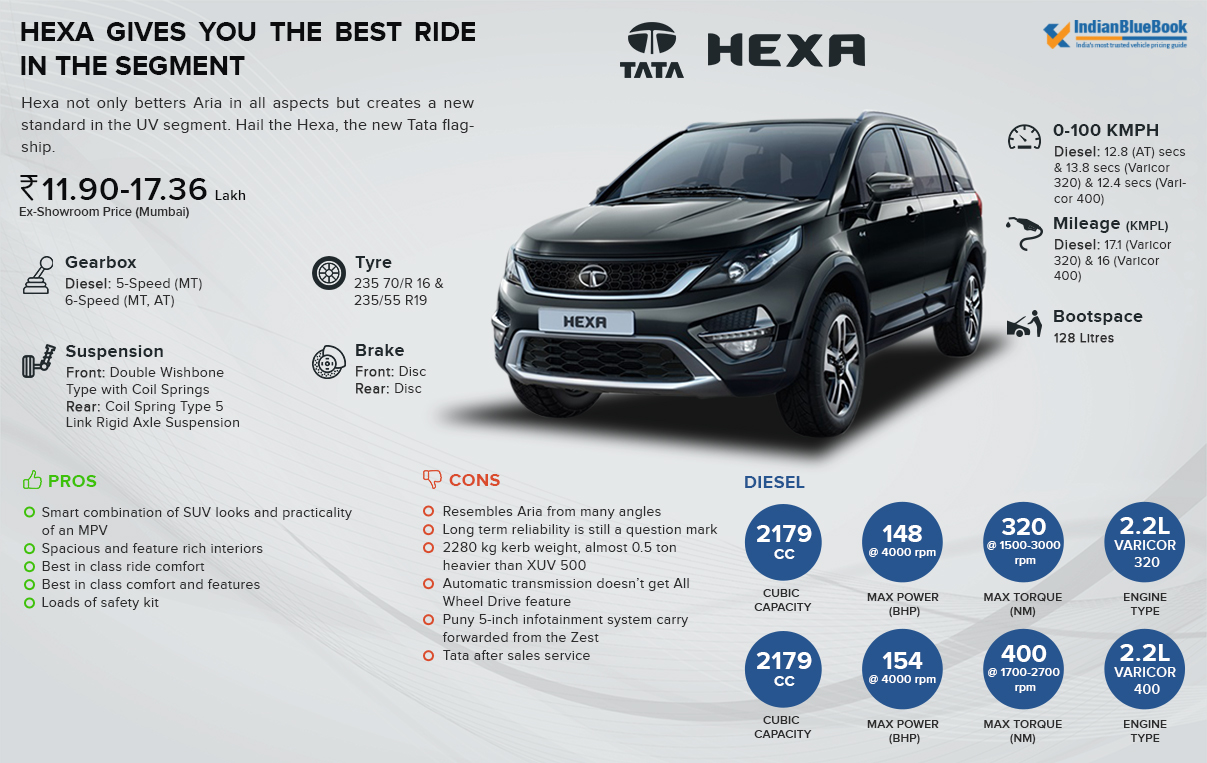 Tata gave a comprehensive updated their Aria and it’s the Hexa for you. 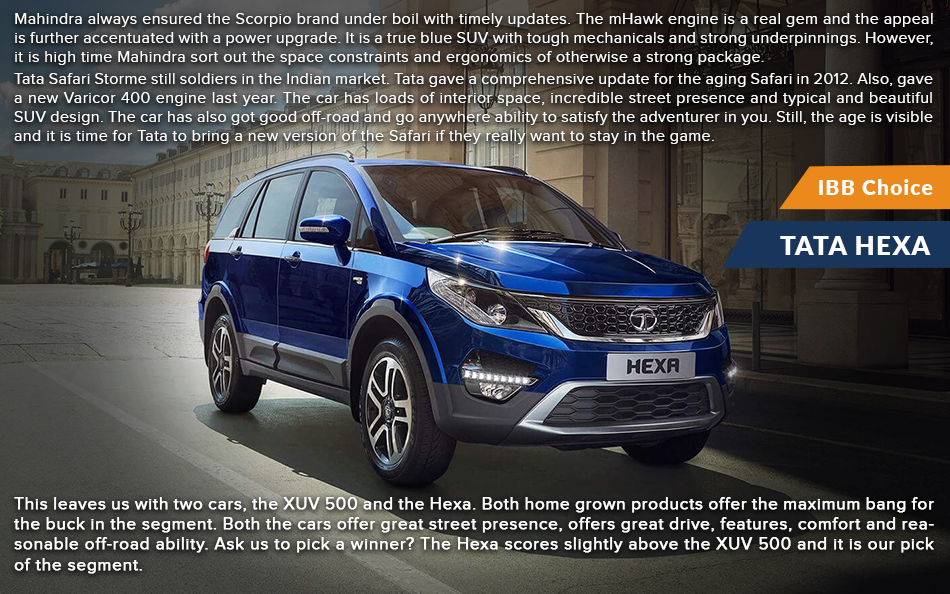