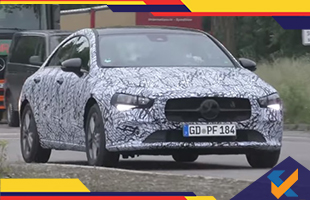 It seems like there is a new Mercedes-Benz model being prepped as a prototype model of Mercedes-Benz CLA (2019). It was recently spotted with less camouflage and with more near finished production parts. This model is the Stuttgart based carmaker's most affordable A-Class sedan and they are surely working on taking the CLA to another level as the new model is looking more and more like a mini CLS. 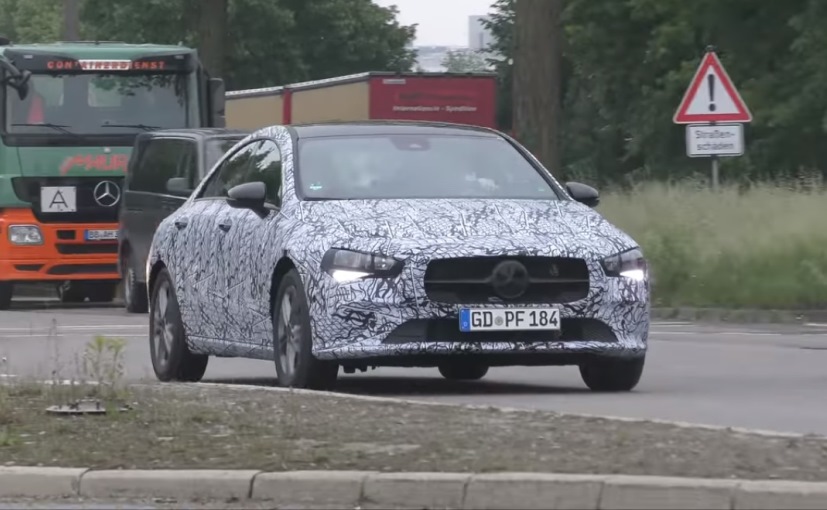 This new sighting gives new details to the project, something which was hidden under heavy camouflage in the last spotted prototype but now we have an estimation that the front end will look like it is inspired by the new CLS which was introduced just the previous year. There are a lot of rumors that the new model will get the signature diamond grille pattern, different LED DRLs (but this could be temporary) as well as the same headlamp design as present in the new CLS. As for the engine, it will have a brand new turbo powered four cylinder 2.0 liter engine as well as a 4Matic full wheel drive layout, capable of powering out 400 bhp.

Other notable things are that - this model doesn't seem to have a sunroof but it does seem to come with some sleek ORVMs with integrated turn signal lights and the car gets a pair of twin five spoke alloy wheels as well. Other notable difference are that the car size seems to have been increased due to the new MFA2 platform and the tails, as well as the boot lid section seems to have undergone some changes. But the extent of camouflage on the tail lamps indicates that they are productions units. As for the cabin, everyone is pretty sure that it will look like the standard A-Class cabin.