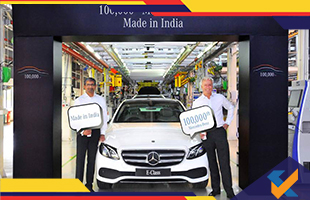 The German car manufacturer, Mercedes Benz, offers a full range of passenger, light commercial and heavy commercial equipment since 1901. They having been belting out cars in India since 1995, the first being the W124 E-class. Since then the manufacturer has been able to capture an audience in the country and is now celebrating the production milestone of rolling out its 1,00,000th car for the Indian market. The 1,00,000th car was produced in the Chakan plan in Pune and is the E class variant by the company. 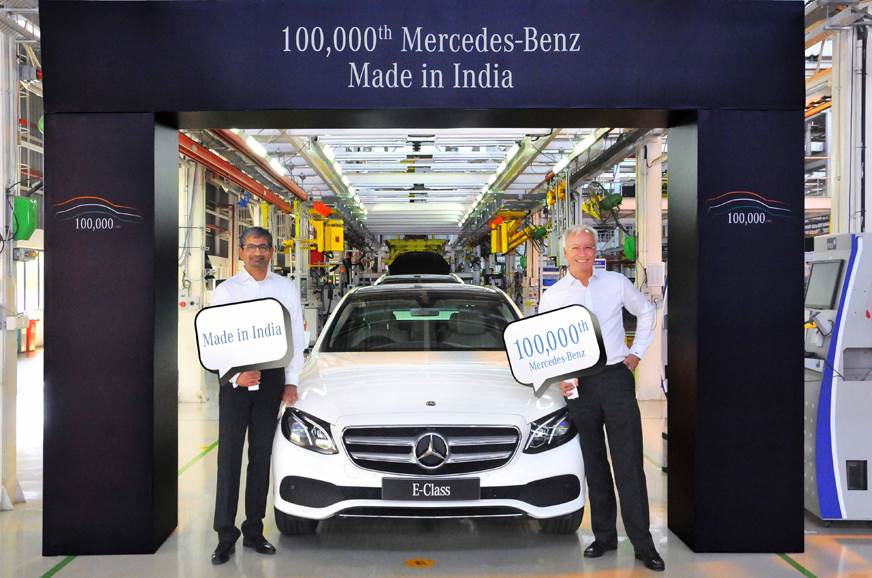 The production rate has bloomed slowly and steadily over the past few years. The 30,000-units mark was achieved in in 2010, the 50,000 units mark in 2014 and the 1,00,000 unit mark was finally achieved this year which is quite fast in termed of growth figures. Apart from the E class Mercedes Benz also assembles and manufactures other variants in their plants across India such the CLA, C-class, S-class sedans, GLA, GLC, GLE and GLS SUVs, as well as the Maybach S 560 limousine.