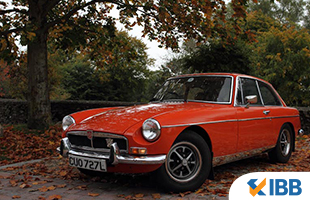 MG Classic car owners in India are in for a treat as the new MG Motor campaign seeks to reconnect with them since they are the true and first ambassadors for the brand in the country. Morris Garages or MG Motor is now SAIC owned (Chinese automotive giant) and will be launching several vehicles in the Indian market in the near future. The brand now sells contemporary models worldwide and will be looking to launch the ZS and GS SUVs in India along with the MG 3 hatchback.

MG Motor cars are still seen on Indian roads during vintage car rallies. Now, MG car owners and restorers can register themselves at the MG Motor Facebook page. They will be guests at various promotional events planned by the brand across India. According to the company statement, many owners have already reconnected with MG Motor till now. There will be glimpses offered of the fabulous two-door coupes and convertibles from MG Motor that were produced in its heyday and its rich British manufacturing legacy as part of this campaign.

The latest reports state that MG Motor may be debuting officially at the 2018 Auto Expo and the mega event may see several of its products being showcased as well. The company will be manufacturing its models at the Halol plant in Gujarat which was purchased from General Motors last year. In its first phase, the plant will be able to manufacture 80, 000 units per annum as per reports.