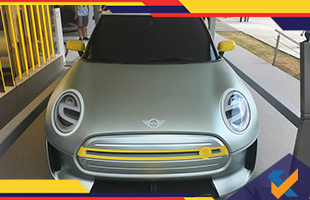 Mini’s Electric concept has made its appearance at the Goodwood Festival of Speed, and it sheds light on the future design direction of BMW brand. Set for production in 2019 at Mini’s Oxford plant, the EV concept comes 11 years after the pure-electric Mini E was launched, of which just 600 units were produced. 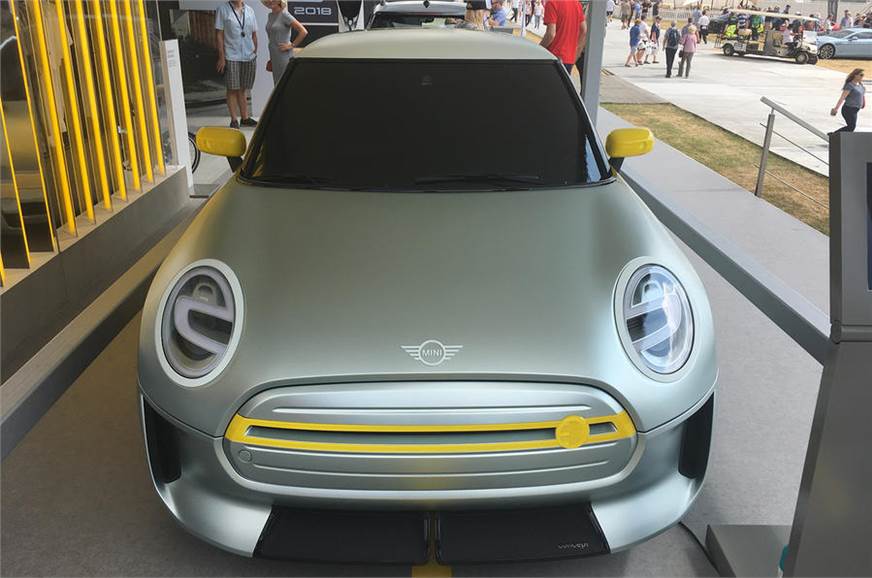 The Mini Electric’s official unveiling took place at the Frankfurt motor show, and in the lead up to the production model's arrival, a schedule of public events has been lined up. BMW has explained the Mini's technical make-up simply as having a “powerful electric motor.”

However, after our sister publication, Autocar UK, viewed the car, it was clear that the concept gives strong hints not only at the first production battery-powered model, but also at how Mini’s design language could be reinvented as it enters the third decade as a BMW brand.

The concept, though, does not contain an interior. Changes to that will remain hidden until closer to production. The stylistic indications that the concept is battery-powered are subtle. The lower edge of the car along both sides and across the back is marked by a matte black strip that consists of radiator-like cooling fins.

Like the recent BMW 8-series concept, the Mini also gets an air-extractor slot behind the front wheel, a much more heavily sculpted bodyside – the R50 and R56 Minis had almost flat door skins – and a neat intake and tiny spoiler in front of the rear wheel.

By approaching the Mini Electric from the rear, it was evident how different the concept as a whole is from the current three-door hatch that is in production.

While this 2019 concept is based on today’s car, some extremely subtle tweaks – especially the clever surfacing on the body – have transformed its stance into something closer to the original R50 model and certainly more sporting than the current Mini.  Also gone are the Mini’s trademark black wheel arch spats. The rising belt line gives the car a more wedged look and is only about 7-10mm higher than the current crop of Mini production cars.