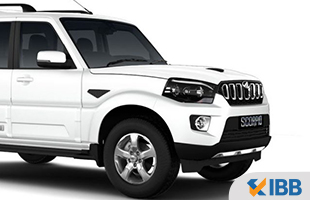 Mahindra & Mahindra is already working on its new diesel 2.0-litre engine that complies with BS-VI regulations. This engine will be brought well before April 2020 which is when these norms will come into effect. The engine should offer improved NVH levels and fuel economy along with being lighter as per reports. The Scorpio and XUV500 SUVs could get this engine right from its inception. This will be a replacement for their current 2.2-litre mHawk diesel engines.

In the Scorpio, this engine makes 120/140 BHP along with 280/320 Nm of peak torque. In the Mahindra XUV500, this engine presently makes 140 BHP and 320 Nm although these figures will increase once the facelifted version of the XUV500 comes out this year. The mHawk 2.2-litre diesel engine is also used for the TUV300 Plus and the Xylo. The latter could be phased out before the new regulations come into effect though.

Mahindra will launch four new cars in the next financial year, namely the U321 MPV, S201 (SsangYong Tivoli based compact SUV), SsangYong Rexton G4 with a Mahindra badge and the e-KUV100.