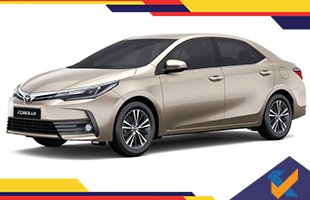 A prototype model of the next-generation Toyota Corolla sedan was recently spotted testing in the US. Though it is still completely concealed in black camouflage, the silhouette of the car shows off a new design which is reminiscent of the new-generation Toyota Camry, which globally debuted in January 2017. The new-gen Toyota Corolla, will make its global debut in 2019, whereas in India, it is likely to hit the market only in 2020. 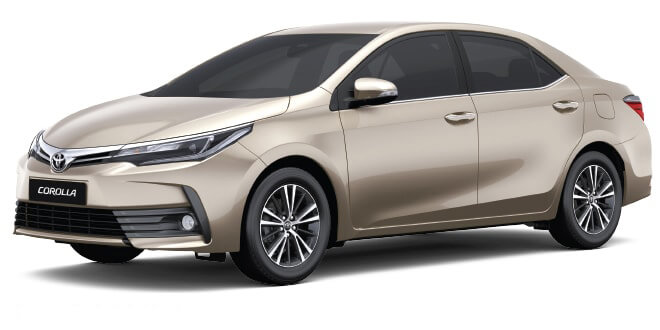 Built on the same ‘Toyota New Global Architecture’ aka TNGA platform as the new Camry, Prius, C-HR, and other latest models, the 2020 Toyota Corolla will, in all probability, witness a significant amount of weight reduction. Simultaneously, it will also grow in size. It is hard to comment on the visual aspect as very little exposed area was unveiled, which barely gives a hint of what to expect in terms of the design and styling aspects. In fact, the wraps have not yet been lifted off even the headlamps and tail-lamps, though they are expected to be all-LED units. When it comes to the front façade, the Toyota Corolla test mule is seen with an outline of a hexagonal grille, with possible chrome details, between the headlamps. The buyers are also likely to be impressed by a bold front bumper with large air intakes and a stopping bonnet with bold lines.

The makers have also equipped the car with new ORVMs accompanied by integrated turn indicators, a set of temporary set of black alloy wheels, a stubby boot, sleek LED tail-lamps, and a dual exhaust system. While the cabin has not yet been unveiled, car lovers are anticipating a major overhaul with premium quality interior trim, all-new dashboard, new seats and upholstery and a bunch of new and upgraded features like, an improved infotainment system and more advanced drive safety assists.

Coming to the engine, the upcoming new-gen Toyotta Corolla might continue using the existing 1.8litre four-cylinder petrol and 1.4litre diesel engine, besides a few new powertrain options as well. The global version, however, will come will be powered by the 1.8litre hybrid and 2.0litre hybrid motors as part of the list, along with the standard petrol and diesel engines. Transmission options will include both the 6-speed manual and the 6-speed CVT automatic gearbox.