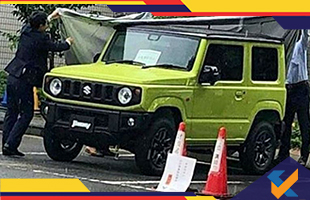 Recently, a pre-production version of new-gen Suzuki Jimny was showcased to a larger group of audience in Japan. Its appearance suggested that this model is production ready its launch too, does not seem to be very far, going by the way the company has started to show off the car. Additionally, in recent times, several units of the upcoming Suzuki Jimny were spied lined-up inside company plant undisguised, which gives further reinforces the speculations. The next-generation Suzuki Jimny is expected to make its official debut sometime in late-2018.

Also Read: New Suzuki Jimny is going to be revealed this year 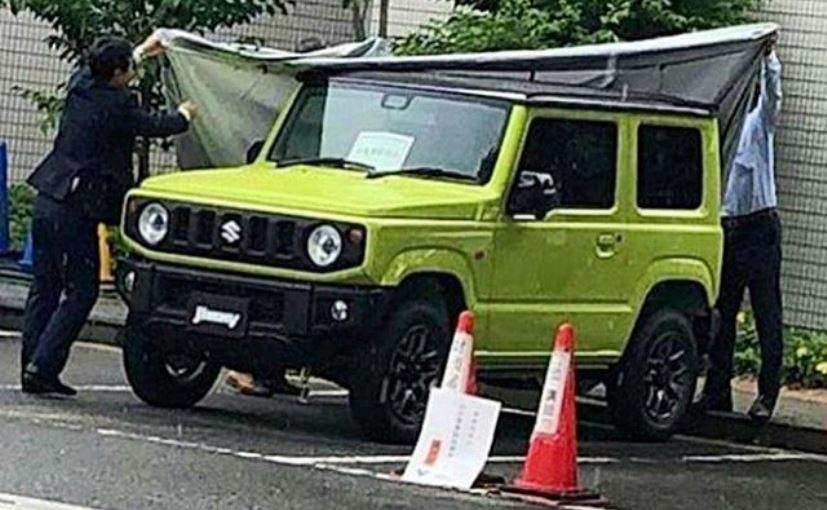 According to the new images that have come to limelight, the 2018 Suzuki Jimny flaunts a new bright yellowish-green shade, making it look like a baby version of the Mercedes G-Class. On the basis of some of the images that were leaker earlier as well as the recent ones, we can safely conclude that the car will get a bunch of dual tone options too, including Blue/Black, Red/Black, and Brown/Black shades.

As far as the visual aspect is concerned, the new Jimny gets iconic five-slot grille finished in matte black with a pair of classic round headlamps and individual turn indicators. It also shows off a heavy duty front bumper with a wide central airdam and round fog-lamps on either end. The SUV is sure to impress with its imposing stance, chiefly reflected in its boxy wheel arches that house a set of stylish black five-spoke alloy wheels. The ORVMs also receive black treatment, while the roof gets an attractive contrast. Though the rear profile has not been revealed in the images, it is known that Jimny will continue to get a tailgate-mounted spare wheel.

It is interesting to note that the SUV will be equipped with Suzuki’s Allgrip Pro 4x4 system for an enhanced performance. Coming to the engine options, car buyers can choose from the 1 litre Boosterjet turbocharged petrol, as well as the 1.2 litre petrol options. If reports are to be believed, a 6.6 litre petrol engine will also be making it in certain markets.