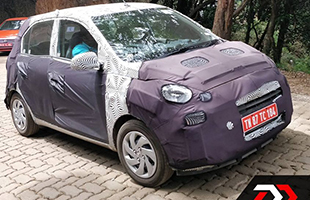 The upcoming Hyundai AH2 or Santro may be launched in August 2018 as per reports. The car is testing extensively on Indian roads according to reports and will get the cascading grille from Hyundai along with high mounted fog lamps. There may also be a kink for the window line behind the B-pillar. The steering wheel may be sourced from the Hyundai Grand i10 with audio and telephony controls and power window controls situated between the front seats behind the gear lever. The seats will have fixed headrests and there will also be electronically adjustable ORVMs along with a rear wiper. 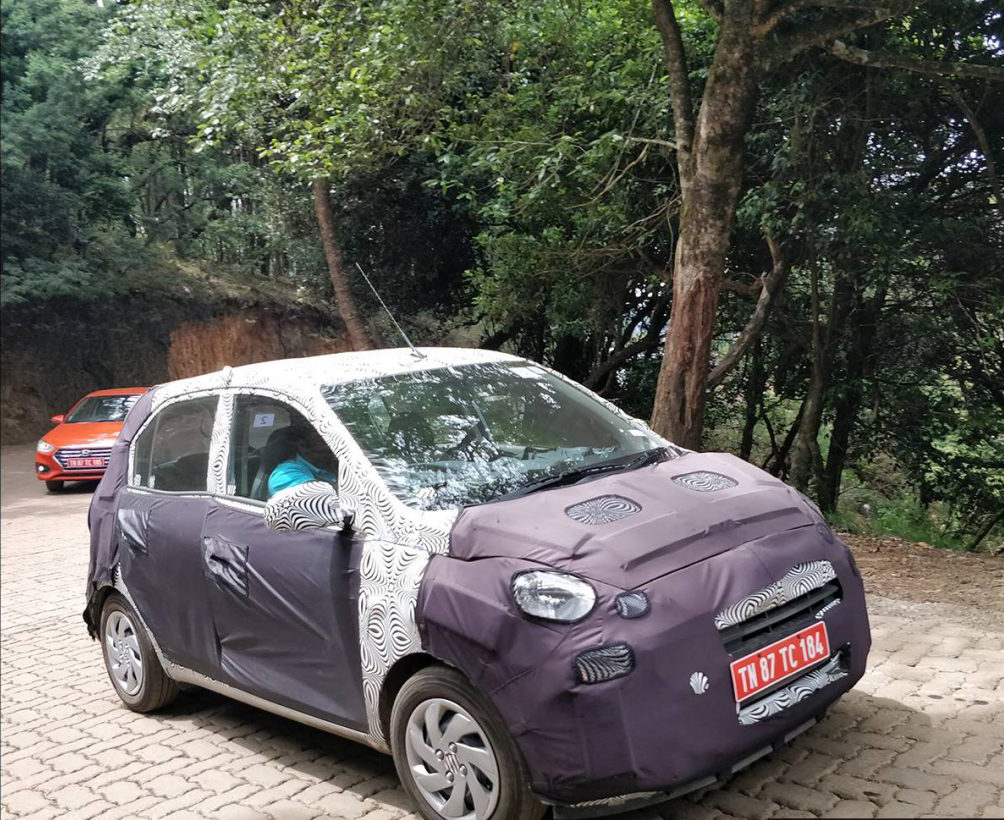 The cabin will sport a black and beige combination although the touch screen infotainment system will not be present. The new hatchback may revive the Santo nameplate although the name has not been confirmed by Hyundai. The company has only confirmed that a 5-speed AMT option will be available for the car when it launches in India. The i10 platform is used by the car and it is expected to be priced between Rs. 3-5 lakhs (ex-showroom). The car will compete with rivals such as the Maruti Suzuki WagonR, Tata Tiago and Maruti Suzuki Celerio in India. The AH2 may be a replacement for the Hyundai Eon and will be positioned below the Hyundai Grand i10.

The Hyundai AH2 will launch in 2018 and this will be followed by a compact SUV in the first half of 2019 which will be the production version of the Carlino concept that was displayed at the 2016 Auto Expo. This compact SUV will take on rivals like the Ford EcoSport and Maruti Suzuki Vitara Brezza.