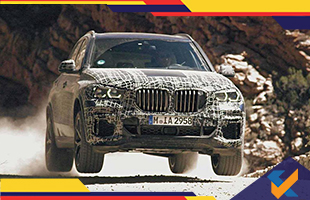 The German car maker has started the teaser campaign for the launch of next generation of X5, as the model is ready for debut in upcoming days. The company has started doing everything for making a decent market space for the car. X5 has been spotted on the most varied terrain from Arctic circle to South Africa. The new SUV is expected to be available in the Indian market from the first half of 2019. Without corroborating the information the car makers have made the claim that it has new chassis and suspension technology which isolates X5 from other cars available in this segment. 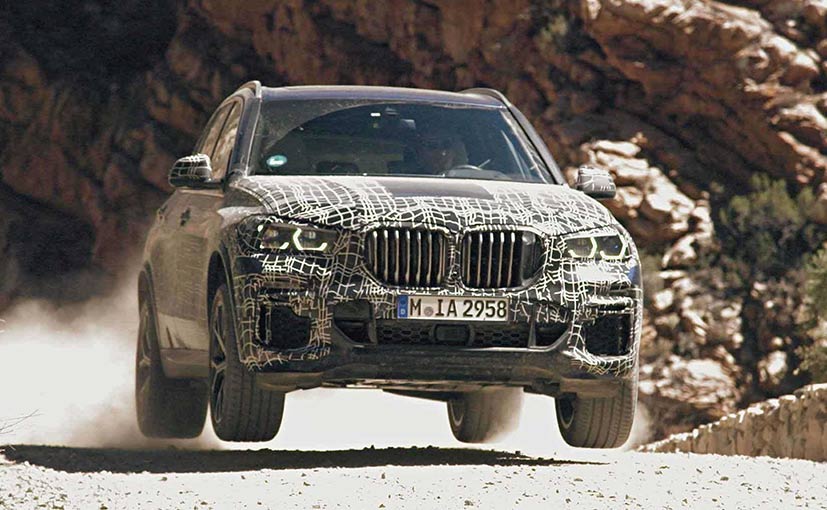 Currently, the car is in the development phase and it has been tested in the most exhausting climates and every road conditions. The SUV moves to BMW's CLAR platform that already underpins models such as BMW 5 and 7 series. Talking about the suspension and chassis, the car is manufactured with the highest level of technology, X5's suspensions are capable enough to take a tour on sand, rocks, snow and on other bumpy roads. It allows you to change the vehicle set up with a single press of a button, it would make the car more enjoyable during the uncomfortable driving situation.

The front end of the car has an extravagant styling along with enlarged kidney grilles which gives it a staggering look. If we look at the rest designing it appears more squarish in comparison to the present model. X5 has stretched its wheelbase to offer more space for passengers to stretch and feel the luxury. In spite of its larger size, the use CLAR platform has reduced some amount of weight over the current generation. The carmakers have given a completely new look with the camouflaged cabin which comprises plenty of digital instruments and a large infotainment display. Though, the company hasn't removed the physical buttons of navigation.

In terms of the body shell, X5 is stronger and lighter than before, as the makers have done an extra amount of work on it to make it better. Even the steering technology has been upgraded which makes it a treat to drive. Meanwhile, the company doesn't any specific information about the X5's powertrain range, but it seems that car makers have decided to go with the same engine option which includes both diesel and petrol version. European buyers would get the range of diesel options. At the top of the standard model, there would be M50i with biturbo 4.4 liter V8 and after that full X5M. Though, the petrol engine is expected to be more powerful 8-speed automatic gearbox and can pull mammoth with ease.

Finally, it's a car which you would certainly look forward to buy. The insight which BMW X5 gives is it meets the zenith of demands with comfort, precision and great control due to integral active steering and adaptive suspension. With the right price, muscular body and unprecedented comfortable X5 will change the automobile market.