Notification of Iron Man special edition of Hyundai Kona is out 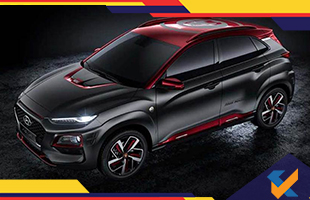 Notification of Iron Man special edition of Hyundai Kona is out

Hyundai’s Kona Crossover variant will have an Ironman Special edition out in the market. According to the name, it is understood that it got its inspiration from the superhero of Marvel Comics.

A matte grey color is chosen for the upgraded version of the special edition car. The roof is made red with contrast and a special Ironman badge on the top of the car. The door-still inserts and the bumpers are colored red in contrast with the car. The plastic vent on the bonnet is also detailed with red. Hyundai says that the running daytime lights of the car are the same as the glowing eyes in the mask of IronMan.

Alloy wheels of 18 inch are made two-toned with red and grey. The Korean crossover features graphics and badges of ‘Stark Industries’.

The IronMan based Kona crossover has limited specifications from the market of USA. New instrument graphics are also added to the variant with a head-up display which is custom designed. The dashboard also contains the signature of Tony Stark who is the actor of the character. The gear knob and the fabrics of the seat are also customs made. 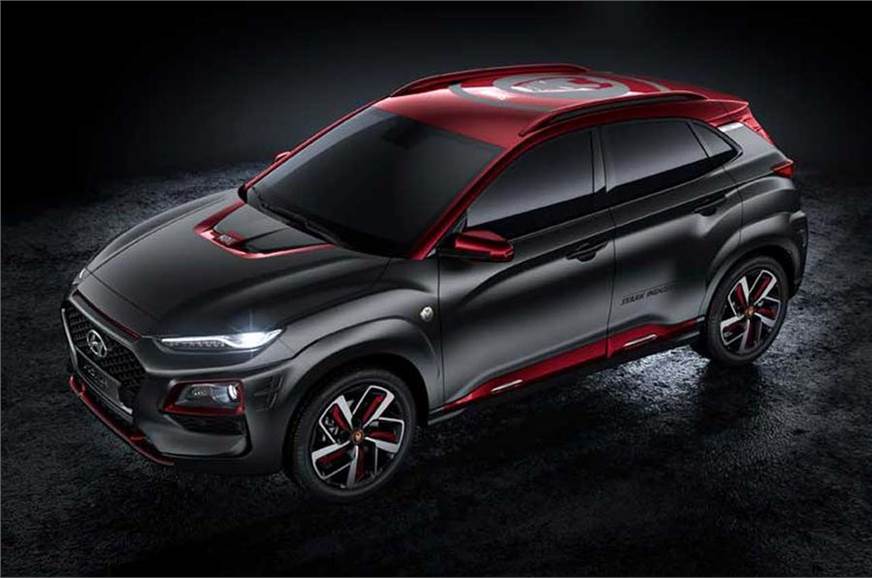 The special edition car will be on sale on US and other markets later this year. Its production begins from December.

Specification details and no other price details have been revealed yet. But as it is of limited edition, it will be of premium range.

The special edition car will have two variants of the engine. One is 1.0 L petrol engine and other is 1.6 L turbo petrol engine.

Hyundai is aiming to bring an all-electric version of Kona in India towards the middle of 2019. The Kona electric vehicle is listed as the 2nd EV of the Korean brand’s international line-up. The Indian model of Kona will have 39.2kwh battery package and it can make 134hp and 395Nm of torque.