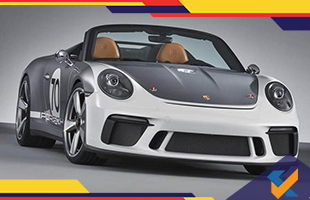 Porsche has revealed the drop-top 911 Speedster concept at the Goodwood Festival of Speed, where it celebrates Porsche's 70th anniversary. In production form, the GT3-based sportscar will act as a swansong to the 991.2-generation sports car. Although the Stuttgart-based company stopped short of confirming the 911 Speedster will be built, it describes the concept as a “potential series-production version”. Prototypes have already been spotted testing in Germany. As previously reported by our sister publication, Autocar UK, the open-top concept shares its chassis with the current 911 GT3 and employs a six-cylinder engine delivering “more than 500hp” and revving to 9,000rpm. This is expected to reflect the production 911 Speedster, which will use the GT3’s naturally aspirated 4.0-litre flat-six. In the GT3, it delivers 500hp and 460Nm of torque. 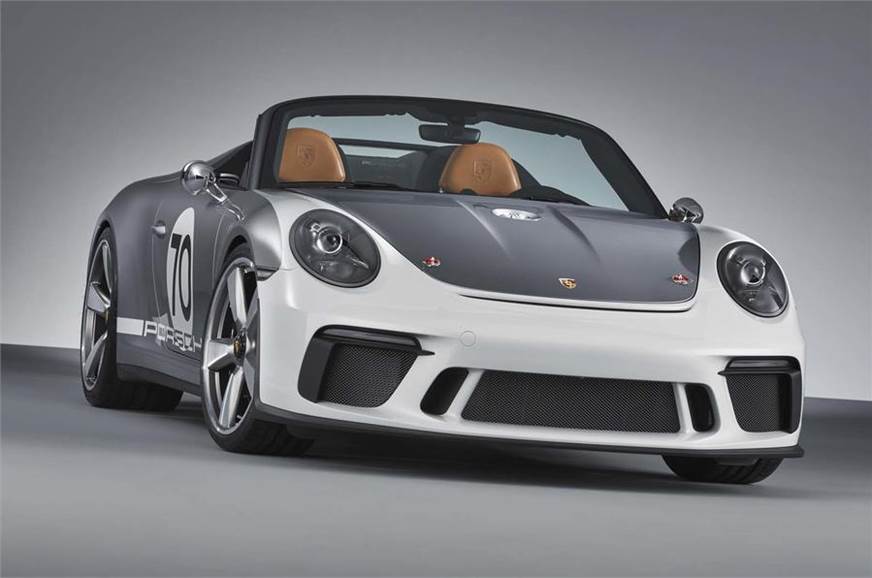 The concept uses a six-speed manual transmission. If the production version follows the example of the GT3, it will be offered with either a six-speed manual or seven-speed PDK transmission.The 911 Speedster will have a lightweight tonneau cover rather than a convertible top, while other weight-reduction measures include the removal of the satnav, audio and air con systems. The bucket seats are made of carbon fibre.

The concept car’s body is based on the 911 Carrera 4 Cabriolet but with wings, front bonnet and rear cover made from lightweight carbon-fibre composite.

A rear cover, also made of carbon fibre, connects behind the front seats, covering a roll-over structure and featuring a ‘double bubble’ — an iconic design element of 911 Speedster models since 1988.

The concept features details that celebrate Porsche’s early racing days – such as the 1950s-style central fuel tank cap positioned in the middle of bonnet and the classic Talbot shape of the mirrors – and is part of the 70th anniversary of the firm’s sportscars.The shape of the model, including the very low fly line, takes influence from the original 356 1500 Speedster that has inspired 911 Speedsters for the 930, 964 and 997 generations. A production version of the 911 Speedster is expected to arrive next year. Only 356 examples of the previous 997-generation Speedster were made, so a similarly low production number is predicted.