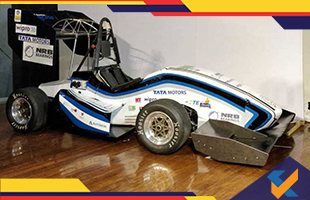 The wait is over as after five successful editions, the IIT Bombay racing has come up with the latest version of the electronic racing car, EvoX. After the first presentation and a test run, the mini beast has already put on some pressure for the international competitors and it seems at this team is snatching the electronic motor sport championship which is to be helod on the next week. Every year, an electronic car championship for students is held and this year, EvoX is one of the most prominent contenders of all for that very competition. The competition is set to be held on British Grand Prix circuit, Silvertone Circuit, United Kingdom in June 2018. Being the most prestigious motorsport event for college students, every team around the world keeps their eye on the championship. Over 95 colleges are participating in this grand event organised by Institution of Mechanical Engineering (IMechE). In this very competition, a college is asked to make Electronic one-seater car and race that in the Circuit. 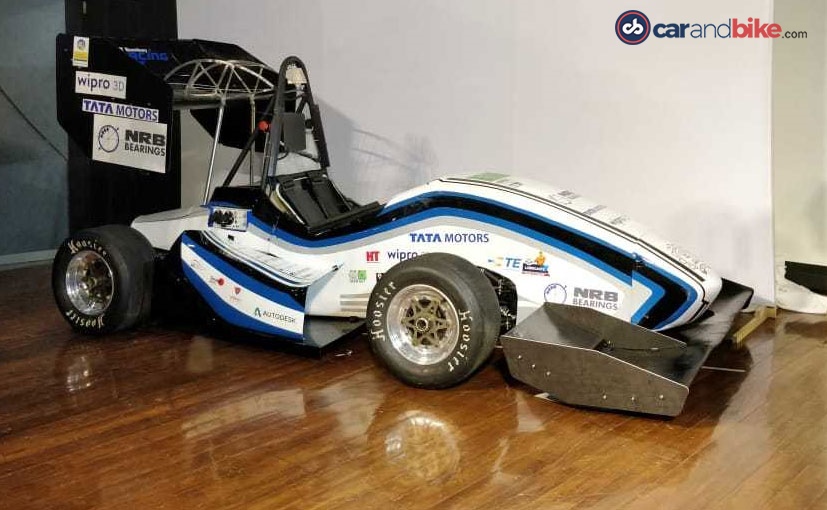 With the help of some 60 students diverse streams of engineering the car is said to achieve a speed of 0-100Kmph within 2.88 seconds. Yes. You read that right. That speed is even faster than the first generation Formula E-car and can give a tight competition to the second generation of course. Not only this, Electronic cars from renowned companies are also getting some complexions from this little beast. BMW i8 and Aston Martin E can reach the said speed in 4.40 seconds and 3.00 seconds which are still slower than that of EvoX.

Coming to the specs, the EvoX is powered with a pair of 40 KQ electronic motors with a fully self made battery system which is of course developed in-house. With a 7.8 kWh battery, the car can well reach a top speed of 160Kmph within a blink of an eye. Not only has this, as the students from Racing team IIT Bombay designed aerodynamic wings for some weight management and better acceleration. Along with these, the monocoque chassis has given the car a beasty look and at the same time a structural support can also be obtained from the same.

The same team has won the last four championship of this competition and recently the car was declared the winner of Electronic Vehicle Concept Challenge. Keeping the fingers crossed, this year too, there is a high chance this team can clinch up the trophy again with their new electronic beast- EvoX. After the furst successful run and with the results, the students are also pretty confident about winning this championship again, which is to be held on the next week itself.

IIT Bombay Racing team students are planning an electronic car technology similar to that of Tesla. With this idea, they are aspiring India to be a totally electric vehicular country by the end of 2030.