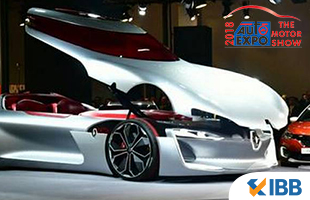 Renault India had a semi-eventful 2018 Auto Expo. The company is reportedly working on the new Duster and an MPV version of the Renault Kwid which were not shown at the mega event. However, Renault did showcase it's TREZOR electric concept car at the 2018 Auto Expo along with the Zoe e-Sport. The company has been firm that it is currently waiting for more clarity in terms of a clear-cut EV policy and infrastructural blueprint for electric vehicles in India on part of the Government.

The Formula One R.S. 17, the first car built by the Renault Sport Formula One Team, was also shown at the 2018 Auto Expo, evincing considerable interest from visitors. The entire Kwid Super Hero Edition range was also shown by Renault at the 2018 Auto Expo. According to the country CEO & Managing Director at Renault India, the company is witnessing a shift towards improved technology and design and globally, there is a switch towards connected and electric autonomous vehicles. The company is highly optimistic and thrilled about its Indian division which is a major part of its future global strategy.

He added that a shift towards electric cars seems absolutely inevitable in the Indian market although clear-cut policies are awaited from the Government along with more support in the form of incentives and tax breaks. He added that research and development would play a vital role in paving the way towards creating adequate EV infrastructure for taking long-term product-related decisions. Renault is seriously considering the EV market in India and will be launching more affordable and advanced electric vehicles by tapping technological centres in the country itself.

The TREZOR concept is a two-seater coupe and this pure electric offering measures 2.18 metres, 4.7 metres and 1.08 metres in terms of width, length and height respectively. The Zoe e-Sport Concept is a pure electric concept that makes use of carbon fibre which is lightweight and this helps it touch 100 kilometres per hour in a mere 3.2 seconds. The e-Sport version is a more powerful iteration of the electric Zoe hatchback. This comes with two electric motors that dish out 466 hp together along with 640 Nm of peak torque.

There are reports of the Zoe electric hatchback being tested on Indian roads already although no official confirmation is available on a future Indian launch. The regular Zoe comes with a 41 kWh battery which is more powerful than the earlier 22 kWh unit for the previous version. The driving range goes up to 400 kilometres (as per the European cycle) and it requires only 65 minutes to achieve 80% of charge through the quick charger. The real-world range could be around 300 kilometres as per Renault and full charging time would be approximately 8-9 hours with the regular 7 kW charger.

The Renault Kwid Super Hero Edition has also been shown at the 2018 Auto Expo and launched sometime earlier. These editions have been created in association with the iconic Marvel. The Edition draws inspiration from Marvel Super Heroes such as Captain America and Iron Man. These special editions have been developed by the company’s design studios based in Chennai and Mumbai. The Super Hero Edition comes above the top-end 1.0L RXT (O) manual transmission and AMT variants. There is the Renault Kwid Iron Man Edition in a signature Red Shade with the Arc Reactor and armour theme and the Renault Kwid Captain America Edition in an exclusive white colour with the famous shield and suit the theme.