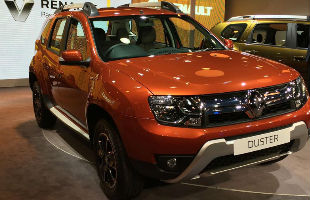 The Renault Duster was first launched in India in 2012 and it became a thumping sensation in the compact SUV market, piqued consumer interest a great deal and turned out to be a bankable, successful car model for Renault. Though, it has seen some small cosmetic changes and some Anniversary editions or even special editions in the past, there were no real major changes or facelifts to the vehicle until now. The new Renault Duster facelift was unveiled at the Auto Expo 2016 and the updated version has up to 32 new features and updates, automated manual transmission and comes with an AWD, All Wheel Drive.

Renault Duster is definitely a case in point highlighting Renault’s core competency and their innovative concepts. And since it already has the attention of car enthusiasts, the new Renault Duster may definitely do its part and turn out to be another hit-winning vehicle from the Renault stable.

The new Renault Duster facelift comes with a great on-road presence. Though the exterior does not come with major changes, its aggressive stance is still evident. The large chrome radiator grille, the stylish headlights, a redesigned, sporty bumper and a complementing rear design definitely completes its welcoming looks. Yes, it has the stance of an SUV and is the toughest looking of all compact SUVs. And the overall design is clear-cut, with a neat, curvy appeal.

At first glance, the interiors of the new Renault Duster facelift reflect a clean design makeover. The dashboard is clutter-free and is neatly designed. And there are a couple changes from its earlier version. It comes with a good height and has a roomy, spacious cabin. The two-tone schemes and the re-energized new Duster come with an overall refreshed look and feel and with newer features and add-ons that definitely justify its makeover. 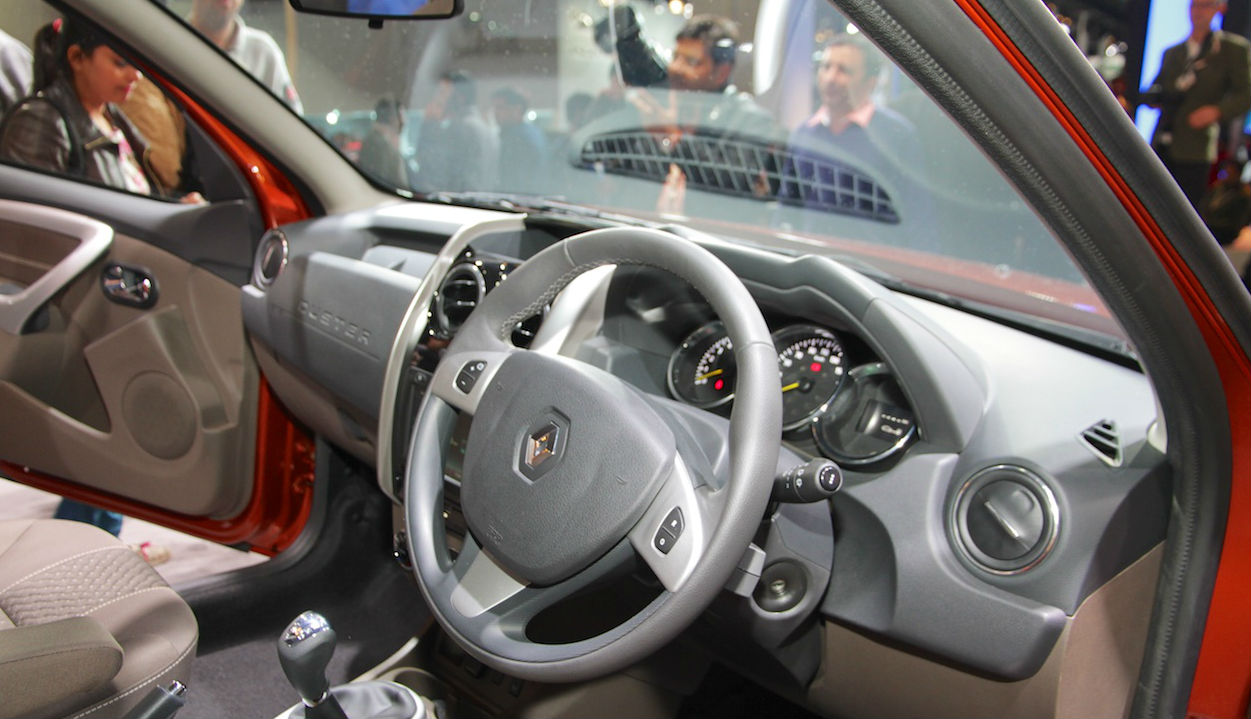 The new Renault Duster facelift comes with both petrol and diesel variant engines. The powerful petrol variant comes with a 1.6 liter mill and has 5 speed transmissions. The diesel engine trims come in two stats and is ably supported by a 1.5 liter dCi motor with good power and torque. The AWD engine version is powered well, so as to heighten its on-road performance and to aid the All Wheel Drive factor. The engines are big on fuel-efficiency and offer a decent mileage both within the city and highways too.

As compared to its earlier pricing, the pricing for the new Renault Duster facelift is expected to cost more with an INR 20,000 to INR 30,000 increase for each variant. The expected pricing is to be in the range of INR 8 to 13.25 lakhs. The compact SUV competitors to the Renault Duster facelift include the Ford EcoSport, Mahindra XUV500 W4, Nissan Terrano, Hyundai Creta and the Maruti S-Cross.

The revamped Renault Duster facelift is showcased in the Auto Expo 2016.

The Auto Expo held in New Delhi, India is touted to be Asia’s biggest and also worldwide, it is considered the second biggest motor show. This is a biennial event organized together by the ACMA, Automotive Component Manufacturers Association, the CII, Confederation of Indian Industry and the SIAM, Society of Indian Automobile Manufacturers.