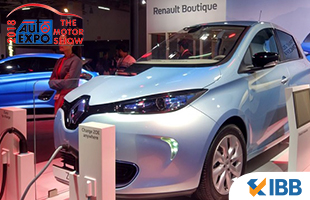 The Renault Zoe and Zoe e-Sport concept have been officially shown at the 2018 Auto Expo alongside the Superhero edition of the Kwid. Customer responses will be closely gauged by Renault India before it evaluates the possibilities of launching the vehicle in the Indian market sometime in the future. The Zoe electric hatchback is presently sold in Europe and the e-Sport Concept is a sportier avatar of the car. The R90 Zoe variant churns out 91 BHP and 225 Nm while 87 BHP and 220 Nm are the figures dished out by the Q90 variant. 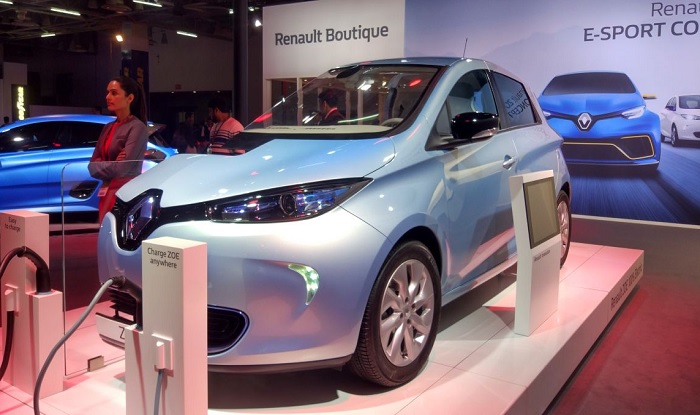 The Z.E. 40 battery pack for the car has 41 kWh and 22 kWh capacities. The Zoe’s charging port is placed under the Renault logo on the front grille. The Zoe comes with a 403 km range for the R90 and a 370 km range for the Q90 variant. The R90 variant’s 22 kWh battery pack comes with 240 km as a driving range.Renault is also working on developing a brand new electric car for India which will have the CMF-A platform. Reports suggest that this could be the electric version of the Renault Kwid. The Zoe e-Sport Concept comes with two electric motors for the axles which make 460 BHP and 640 Nm.

Think your car deserves a better price? Sell your Car in 72 Hours

The car can touch 210 kilometres per hour and can reach 0-100 kmph in just 3.2 seconds. The Zoe e-Sport concept gets a 40 kW battery as compared to the regular electric car. The car makes use of carbon fibre and overall weight stands at 1400 kg. The battery alone weighs 450 kg.