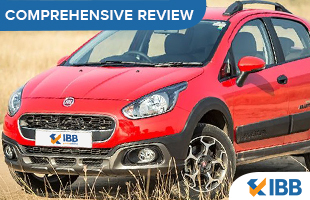 Fiat Avventura, a solid SUV, heralds the first contemporary urban vehicle in India. It has best in class 200mm ground clearance, solid roof rails and a dashing spare wheel hang at the back. Music system is from Microsoft blueandme. It has highest ground clearance in its class with classy cabin design. The 1248 cc engine is extremely powerful and fuel efficient at the same time. The most powerful variant has T-jet engine from Abarth. It also has voice control for music and its best colour variant is brown. 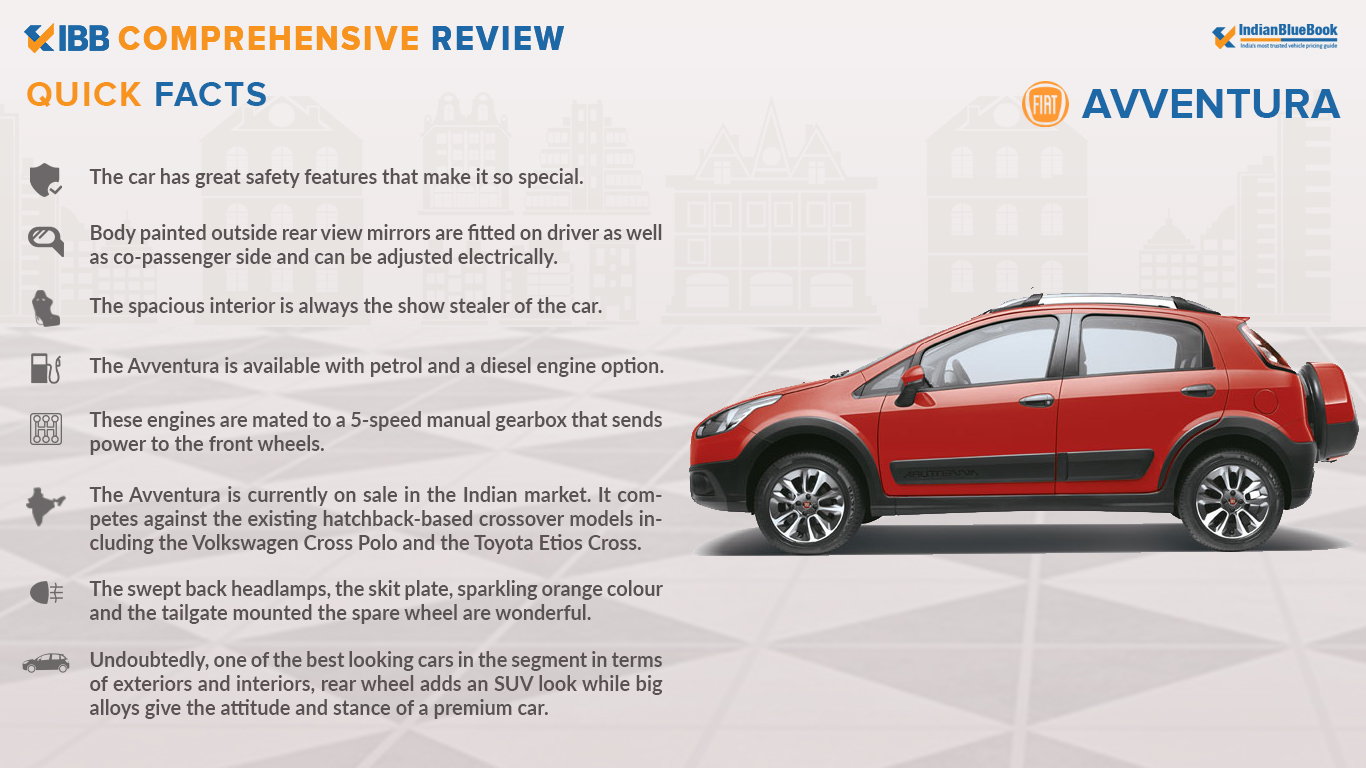 While the interior is largely shared with the Punto Evo, Fiat India has made some interesting changes to distinguish the Avventura from its hatchback cousin on the inside. The biggest and the best lucrative element is the newly incorporated triad of centre-console mounted pods featuring a compass, a pitch and a yaw indicator. As these new additions are not ever going to help you raid the wilderness, they do manage to add some distinction to the car’s cabin. It can be said that, further more detailing of the interior designs could have added greater charm to the car. The colour and materials used on the dashboard have also been changed, and the beige coloured soft vinyl inserts from the Punto Evo have given way to a suede effect material. The seats are trimmed in chocolate brown, similar to the door mounted arm rests and feature prominent Avventura lettering. Orange ambient lighting has been carried over from the Punto, and lends some more zing to the cabin once it gets dark.

Fiat Avventura gets dual safety airbags for driver as well as front passenger. Moreover, the airbags deplete according to the severity of crash. This majorly determines the safety features of the car and it excels in that department. Fiat engineers have worked on recalibrating the suspension of the Avventura. This scores high in safety department.

The prime safety features of Fiat Avventura are –

The Avventura is available with a choice of two engines, both shared with the Punto Evo. There is the 1.4-litre FIRE petrol motor, and the 1.3 MJD diesels with a variable geometry turbine. The 1.4 petrol engines produce 90PS of peak power at 6,000 rpm and 115Nm of peak torque at 4,500rpm. The power and torque figures for the 1.3 MJD diesels are 90 PS and 209 Nm respectively. The diesel engine, though not very responsive at lower revs, gets into its element after 2000 rpm, post which it delivers a tasty gush of torque which should bring a smile on the faces of enthusiasts. The engine is mated to a 5-speed gearbox with long throws, which has a decent, fuss-free operation, but doesn’t quite match the slickest transmission units in the segment. The diesel motor on the Avventura is a punchy unit, while still being light on fuel consumption.

The Avventura’s high point is its ability to insulate the cabin from some really vicious surfaces it treads. The Punto Evo by itself was known for having great disregard for bad roads; the Avventura, with its raised ride height takes the experience to a whole new level. In addition to the all-absorbing suspension, the noise and vibrations inside the cabin have been exceptionally well contained with additional cladding plastered in placed where the vibes filter in from. Stability in a straight line is quite impressive. There is some body roll to be experienced around bends, but Avventura is still quite a dependable car to pilot enthusiastically. 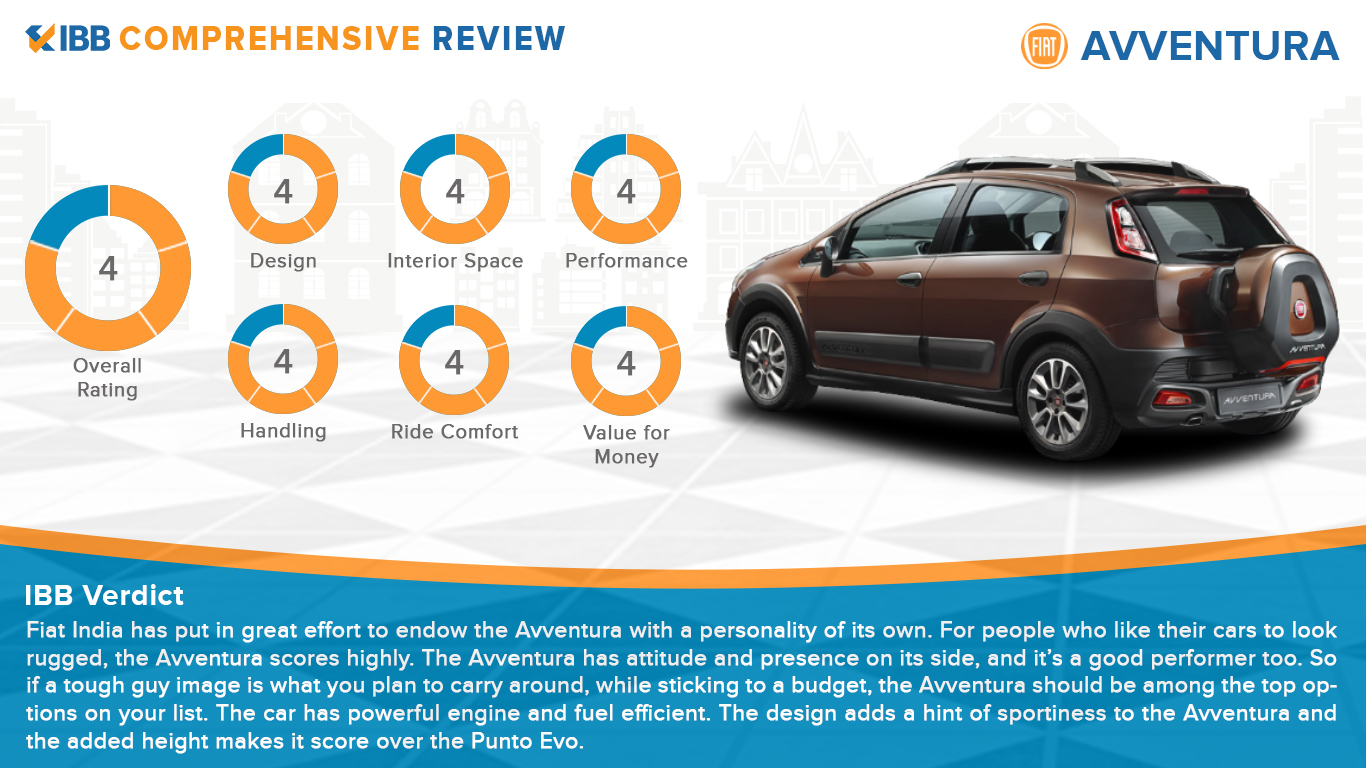