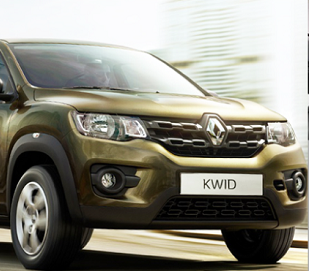 IBB Finds if the Renault Kwid Lives for More!

From nifty advertisements featuring Bollywood superstar Ranbir Kapoor to sponsoring pre-launch test drives to media and auto experts, the Renault Kwid has has made all the right moves from its concept launch in the Auto expo 2014.

Now with the launch at a staggering entry level price, Kwid is truly aspiring to become the best entry level car in the Indian Market.

Having said so, many cars such as Hyundai Eon and TATA Nano aspired for the same but failed to dislodge Alto,

Will Kwid be successful?

The KWID-CLASS LEADING features to watch out for

To iterate the amazing price in which this is available to buy. Here’s a quick look at the price-range across variants:

The car has been designed and tested for global markets and boasts of a strong ride-and-handling prowess, both on and off road. It will also offer its customers the option of choosing from 4 trim versions that makes it an even more attractive choice for a potential buyer as Renault looks completely prepared to spoil their customer for choice.

In India, The Kwid takes on Hyundai's Eon and Maruti Suzuki's Alto 800, however, from a features perspective,

The Kwid stands out as a clear winner. It is not only longer and broader than the Eon and Alto, but is also better in terms of wheelbase, with the Kwid at 2423mm against Eon's 2380mm and Alto's 2360mm and an impressive ground clearance of 180 mm which gives the Kwid its SUV like stance. IBB feels the only downside to buying a Kwid as opposed to buying an Alto is the comparatively frugal dealer network of Renault, with the French auto-maker standing at 253 showrooms against Maruti's 1500.

But Renault has learnt the dynamics of the Indian market with the successful class-disrupting Duster and the not so successful Renault Lodgy .IBB concludes that Renault has evidently adopted a ‘glocal’ approach with the launch of their car variants in India and has not compromised on the quality they wish to deliver even with a small car like Kwid.

Clearly, Indian automobile consumers have something new to look forward to, something that will verily be worth their precious time.