Rexton, the flagship SUV of Mahindra has been spied in Indian territories 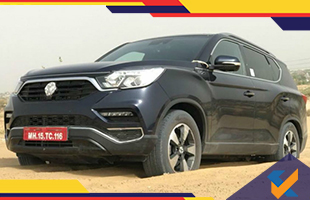 Rexton, the flagship SUV of Mahindra has been spied in Indian territories

There had already been some gossips about Mahindra testing a luxury SUV in India. However, with the passing days, more and more evidence is popping up that the company is now going to roll out the luxury SUV on Indian roads. The SUV would be re-badged in India as a Mahindra product though it had been originally sold under the SsangYong brand. The company is also claiming that the brand name would be changed instead of keeping it Rexton. It is expected that the SUV would go on sale in the country before the fiscal year ends. However, the fiscal year might even come sooner, specifically during the festive season. 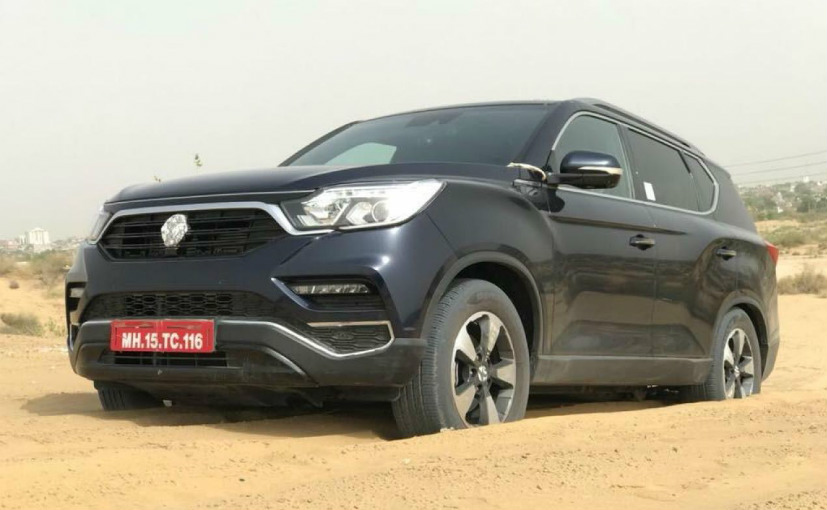 The car would look pretty impressive

The car had already been showcased at the Auto Expo 2018. It had an imposing grille and vertical chrome slats. There was a single chrome borderline featuring the grille and dark horizontal slats were present at the centre. Most of the remaining exterior elements were quite the same. There were large LED projector headlamps on the vehicle. LED daytime lamps were also present. The large muscular grille with the LED foglamps and the large plastic claddings make the car stand out with the chrome designs. The alloy wheels also seem to be the same as those seen on the model that had been showcased at the Auto Expo. Even the taillamps are quite the same. The car does not seem to have gone through a lot of modifications at the hands of Mahindra.

However, it is guaranteed that the interior would be of supreme decor. Mahindra will leave no stone unturned in the flagship model. There are soft-touch plastics installed and premium cognac brown leather can be found on the inside of the car. The Rexton would feature an electric sunroof, ventilated seats. An 8-inch touchscreen infotainment system with Android Auto features and dual-zone automatic climate control are present along with GPS and navigation facilities. Several other safety features also present in the model like BS with EBD, electric parking brakes and it is also packed with 9 airbags. You could find other safety features as well.