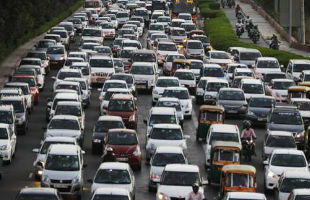 The SC bench headed by Chief Justice TS Thakur imposed over 2000cc diesel engine restrictions, on a trial basis and is in effect in Delhi and NCR region till March 31st 2016. This order is in effect an extension of the existing National Green Tribunal order that was in force till January 6th 2016. 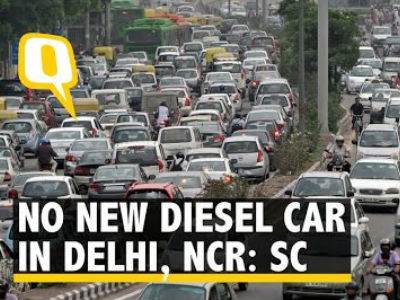 The reeling impact on the Auto market

Diesel-specialised automakers like Mahindra, Tata Motors, Mercedes Benz and Toyota are most impacted by the SC order. Toyota’s Innova and Fortuner models were big-ticket vehicles in New Delhi. The sales of Tata Safari, Sumo and Xenon from the Tata Motors portfolio are affected.

Therefore, during the ban period, collective sales loss is estimated at 12,000 units or more and 6,614 crores voided impact on automakers market capital.

Most automakers felt let down and reflected a common sentiment that before passing the order, their opinions were not sought.

As per the President of SIAM, “The order caught the auto industry unawares and the regulatory orders were passed not in consultation with automakers. He also observed that Delhi’s pollution problem was much beyond diesel vehicles, as it constituted just about 3% of the total pollution dangers.

In Delhi, presently, diesel vehicle sales volume is about 25-30% of the total passenger vehicles sold. This is a substantial figure and therefore, the decision can have long-term impacts.

The SC ban order on 2000cc vehicle categories will definitely impact the homegrown auto manufacturers like Tata Motors and Mahindra, as powerful engines was their USP and their range of SUVs were in this category.  And Delhi was noticeably a big market for most auto companies.

Reacting to the Apex court order, Mahindra in a statement has said that while respecting the court order, they definitely hope that a more comprehensive approach is taken so that impact would be minimal for the auto industry.

Mahindra’s, ED, Dr. Pawan Goenka observed that at all stages the company had made stipulated optimal diesel engines and environmentally cleaner vehicles. And in the last 15 years, the particulate matter, PM has come down by 82% and nitrogen oxide, NOx by 51% in BSIV diesel vehicles as compared to pre-BSII vehicles. In future, when BSV vehicles are launched, the PM would be down by about 80% and NOx would considerably be down by another 36%.

In the event of the SC order, and its future outcomes, wherein possibilities like ban period extensions, reviews, revisions and countermeasures are implemented, Mahindra’s go-to-market strategy and tactics would definitely see a change. Evaluations, assessments, strategy reworking and weighing different options within the said framework are also what Mahindra is planning.

In the interim, Mahindra would aggressively promote the new entrant, 1500 cc TUV300 in the NCR region as its engine is below the stipulated 2000 cc engines and it can be registered too.

The dent to the Luxury car market

Delhi and Mumbai are the biggest markets for luxury cars in India and its market presence in Delhi, NCR region would take a serious dent in the event of the Supreme Court ban.

Mercedes Benz is the most affected as 3 of its eleven non-AMG models like CLS, GL and GLE have diesel engines. And it definitely seems like its entire vehicle portfolio, right from its A to S class sedans and SUVs.  Diesel vehicles constitute 70% of its sales and Delhi is a very important hub, contributing to about 15% of its sales.

This is followed by automakers like JLR’s Jaguar and Land Rover, BMW and Audi. The sales of many of JLR’s model lineup from Jaguars to Land Rovers are impacted.  About 6 models of BMW cars and two models of the Audi and Volvo are affected by the ban.

Viewpoints on diesel vehicle emissions are many. One viewpoint is that diesel cars pollution throw in is just 1.86% of the total, and an opinion in stark contrast is  that 23% of cars Delhi registered cars were diesel cars and emitting 7.5 times more PM, particulate matter than petrol vehicles.

Why the diesel vehicle preference?

Customers prefer diesel cars for its mileage; it is perfect for people travelling long distances every day. They are fuel-efficient, cost-effective and are proven to be a good savings, even though the vehicle is costlier than the petrol variant.

For people who prefer cars and SUVs with powerful engines or luxury diesel cars, they are definitely fitted with an over 2000cc engine. Over time, customers’ have leaned towards such vehicles and its market presence is inconceivable and that is why automakers were introducing newer 2000cc makes and models.

Yes. Petrol vehicles are also a good buy. In fact, are more efficient than diesel vehicles. As its engines are lighter and have greater revs. Diesel vehicles are definitely higher maintenance and spare parts are also costlier. Not to miss, the costlier a car, greater its insurance premium.

And so, future changes, impact?

Just when the auto industry was witnessing steady growth with cash registers ringing, has the ban been enforced. So, what does it essentially imply? Well, as the ban is in place for at least the 3-4 months and the future is unknown, most automakers will definitely revise and modify approaches, as Delhi was an important market especially for luxury cars.

Customers’ on the other hand, may switch over to petrol vehicles as there is an uncertainty with diesel vehicles. Also those who prefer these vehicles have diverted to the older, used car market.

On the one hand, the long-term implications, a clear roadmap to diesel vehicles future, and regulatory policies will be keenly watched before auto companies go back to the drawing board for newer fuel options, emission controls and new technology. And in effect, there will be a policy rework of sorts for most diesel cars and SUVs.

Auto companies who have a dominant diesel vehicle portfolio will be impacted most. As automakers plan and work ahead, changes like these, even if it were for a short period, can be very disruptive and its ripple effect will be felt for a long time.