Scorpio And Tuv300 Not To Receive Electric Variants 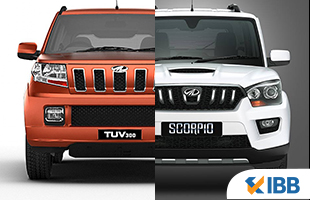 Scorpio And Tuv300 Not To Receive Electric Variants

A report on the announcement

It was recently released in a report that Mahindra is going to invest some 300-400 crore rupees in development of electric cars. The two most successful models, Scorpio and XUV500 were chosen for this project.

Probable reasons behind this cancellation

A word from the MD regarding the cancellation of Scorpio for electric model has revealed that Mahindra is upgrading their lighter city models for this project. It has been said that electric cars are not supposed to run at speed over 150kmph, and hence lighter models are chosen.

When it comes to electric cars weight becomes a prime factor. Besides the models like Scorpio, XUV, Thar and TUV are body-on-frame type which means that their body frame is built on a lower base framework. This is due to the fact that making electric cars need more batteries and adding heavy batteries to an already heavy car would make the structure unstable.

Can they never make electric Scorpio?

When faced with such question, the company replied that it is actually possible to make electric variants of Scorpio or TUV300. But those cars are off road vehicles and are designed for bumpier rides. In order to electrify such huge cars more than one battery would be needed. This would automatically bring a hike on the price tag. Also if two heavy batteries are added to the frame the weight would increase considerably.

This would ultimately lead to a car which would look like Scorpio but will be much more different inside. Since these cars are specially designed to carry more loads hence electrifying them would be a loss. However lighter models like Vertigo can be upgraded due to being lightweight.

A final word of conclusion

Though the body-on-frame models like Scorpio, TUV, and Thar won't be getting electric variants, however Mahindra has come up with lighter models for this project. The KUV, Vertigo and E2O have lighter body weight and adding a battery to the structure won't affect the performance much. It was recently said that the technicians have already started working on two battery models.

The standard 72 volts would deliver 100 to 150 kilometers of ride over a single charge, while the better powerful version with 100volt would deliver more than 300 kilometers. Once this project has been developed fully, Mahindra expects to release their cars under two such categories. While the maintenance costs would drop with introduction of electric cars, the cost or manufacturing price may however go up. Regarding this no words has been heard so far from the company.