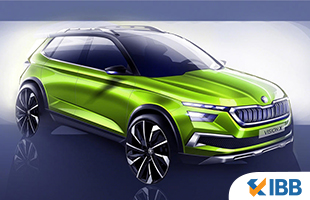 The Skoda Vision X has just been unveiled. This car is among the latest future SUV concepts in the market today. This new model from the automaker would be a hybrid small SUV that can be seeing a production debut sometime in the next year. The Vision X is being described as an 'urban SUV'. This hints at the on-road focus of the model. The car would enter production as the third SUV line of the brand. Thus, the car would be sitting below the Kodiaq and the Karoq in the pecking order.  The carmaker has also confirmed that the upcoming car would be using the styling theme that had been used in the Kodiaq and the Karoq and take it to some other segment. The production model would not thus stray far from the looks of the Vision X. 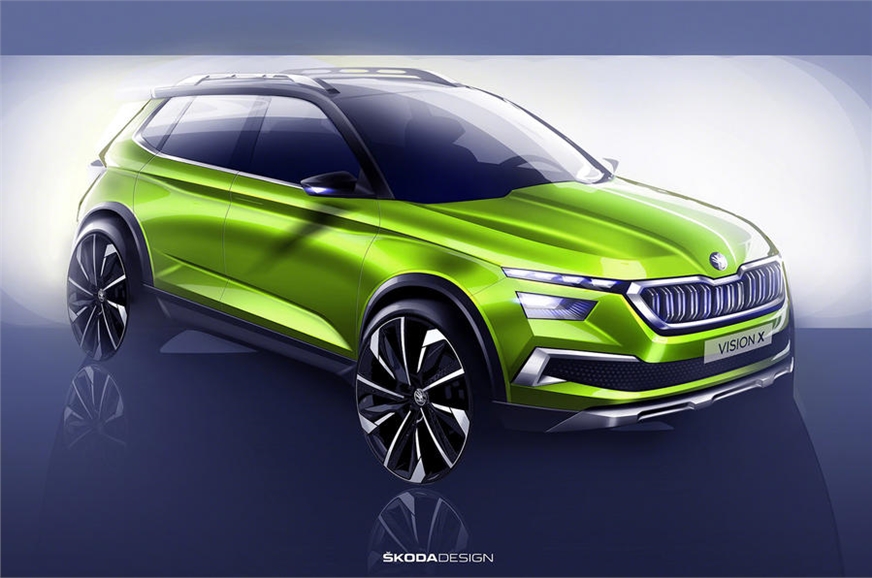 The 20-inch alloy wheels would most likely be made smaller. There would be a minimalist interior that would be replaced by a more conventional dashboard. It would be dominated by an infotainment system that would be centrally placed. It would be a much smaller and built-in unit, unlike the one that can be found on the concept. The car is not based on the latest Skoda Fabia, which can be found overseas. The Vision X would be built on the MQB A0 platform designed by the company. Two names - the Anuq and the Amiq had both been trademarked in the past. However, these would stray from the company's convention for SUV names. It offers names that begin with a 'K' and end in a 'q'.

The engines that would be seen in the car is likely to be the same as those found in the smaller cars offered by the company. Therefore, a mix of the 1.0 or the 1.5 TSI engines can be expected. The 1.6 TDi engine could also be there. The hybrid powertrain of Vision X has not been used in any production model to this day. The company has not released any information when the car would reach India. The larger model Karoq would arrive sometime soon.