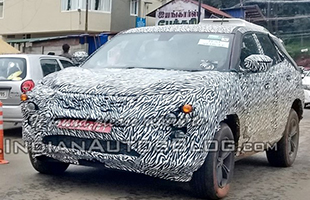 The fact is well known that all reputed vehicle manufacturers are very particular about safety and the experience their vehicles provide to their customers. Tata Motors is no exception, with their newest possible entry into the SUV line. The SUV designed around the Tata H5X concept, has been spotted at multiple locations throughout the country, in the past. Vehicles are taken out for test drives much before they’re announced or put into manufacturing, to test all kinds of features and capabilities. This could be why a test mule of the H5X was spotted recently, in Ooty. 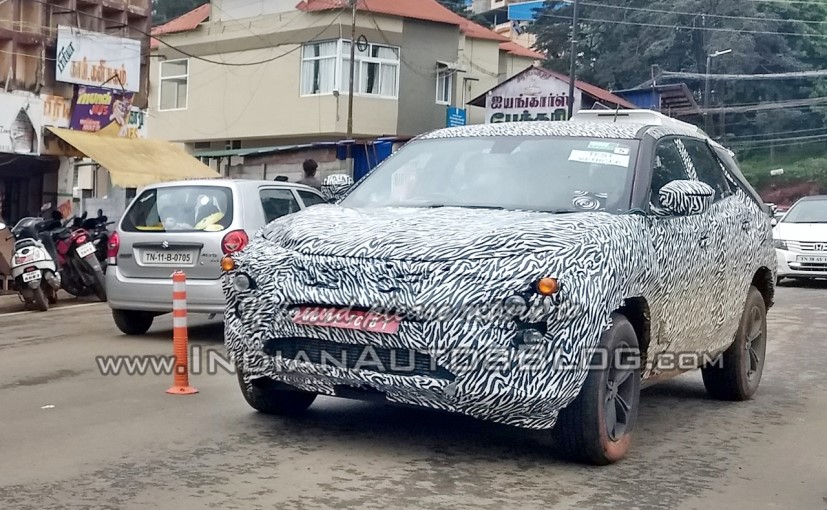 The SUV is built on the company’s new OMEGA platform and is said to be featuring 5-seater and 7-seater variants. When the car was being taken for a spin, it was heavily camouflaged with stripes to conceal as much of the design as possible. Additionally, it is believed that quite an amount of pseudo-cladding was added on the rear end so as to not give away the design before the launch. With a closer look it is evident that the car might be still in it’s earlier phases as the test-mule was lacking proper fixtures. The headlamps, taillights and front bumper were all temporary adjustments but the wing mirrors seemed to be specific to the car’s design.

If an estimate is to be made of the dimensions then, the possible measurements could be 4,575mm in length, 1,960 mm in width and 1,686 mm in height. It’s meant to come with a 2,740 mm wheelbase. The SUV is expected to get the Fiat-sourced 2.0-litre Multijet II diesel engine that also powers the Compass. This will be offered with both a manual and an automatic transmission option. But these are estimates and information from sources, are subject to change. Yet it will be interesting to see what Tata Motors does differently with this model.

Tata Motors is likely to unveil the production version of the H5X SUV sometime in 2019, but given the progress made, it might also be announced sometime during late 2018. It may be positioned above the Hexa, as the company's new flagship model.