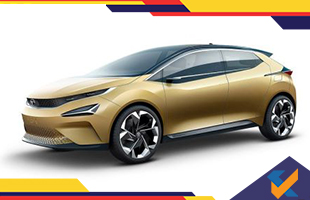 Tata Motors is reportedly in the early stages of production for its upcoming premium hatchback which will be based on the 45X concept that was shown at the Auto Expo 2018. The prototype has already been testing in India and the car will have the new AMP platform. It will take on rivals like the Honda Jazz, Hyundai i20 and Maruti Baleno in its segment, all of which are sub-4m offerings.

Interestingly, the production model could measure 4253 mm along with a wheelbase of 2630 mm which will make it longer and roomier as compared to its rivals in the segment. However, Tata Motors may eventually shorten the length and wheelbase of the car in a bid to get tax benefits available on sub-4m vehicles. The Tata Motors humanity line should be a key design element for the car along with LED daytime running lights and projector headlights. The rear will also sport a more contemporary look as per reports.

The Nexon’s 1.5 litre turbocharged engine may be used for the hatchback and will be available for the upcoming Tata Tiago JTP special edition model as well. The 1.2 litre Revotron petrol engine may also be used for the car along with manual and automatic transmission systems. The production version of the 45X may launch in the second half of 2019 as per reports.