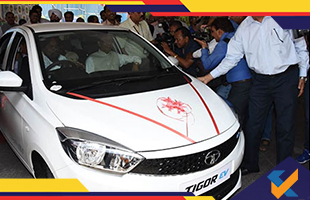 The Madhya Pradesh Government has started getting Tigor EVs from Tata Motors. Two units were ceremonially handed over to the Chief Minister of the State, Shivraj Singh Chouhan. Maharashtra has already received the Tigor EV and has already signed a MoU (Memorandum of Understanding) with Tata Motors for the deployment of around 1, 000 EVs across both PV and CV segments. Tata Motors has already won a mega Rs. 1, 120 crore and will be producing 10, 000 Tigor EV units for the Central Government accordingly. 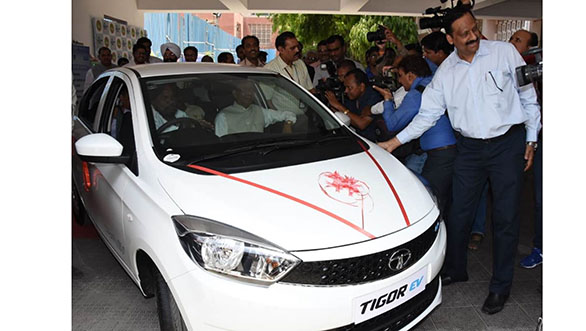 The company is making a major push towards electrification of its product range in India. The Tigor EV is manufactured at the company plant at Sanand and the Tiago and Tigor electric models have also been displayed at the Auto Expo 2018. The Tigor EV’s full specifications have not been released officially by Tata Motors till now. Canadian EV brand Electra powers this car and is also working on the upcoming Tata Nano electric vehicle as per the latest reports.

The Tiago EV concept, for instance, gets an 85 kW 200 Nm motor which ensures a top speed of 135 kmph and 100 kmph can be achieved in lower than 11 seconds. There are City and Sport among other driving modes.