Tata Nexon - Will it challenge the Ford EcoSport? 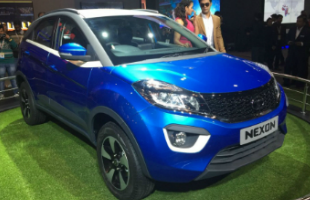 Tata Nexon - Will it challenge the Ford EcoSport?

With SUVs being the choice of the market, Tata Motors seems to have picked up the cue and has been working on a compact SUV Nexon, for our car market. Reports have suggested that the Tata Nexon should be ready to hit the dealerships in 2017 so we can likely expect Tata to showcase this compact SUV model as its concept car at the upcoming 2016 Auto Expo in Delhi.

It can be presumed that this compact SUV from the house of Tata motors could resemble the Zest and Bolt while retaining the dimensional figures of the current segment rivals like the Ford EcoSport. It is highly likely for us to find the interior layouts to match Tata’s current design language as seen in the case of its other existing cars in the market. 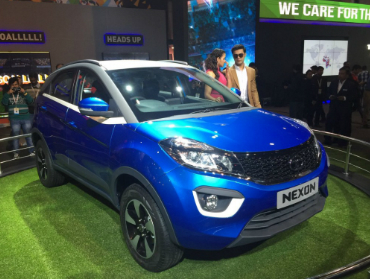 The Nexon will come loaded with contemporary features too. It might be powered by the successful 1.3 litre MultiJet diesel engine which generates 90bhp at 4,000rpm and torque of 200Nm at 1,750-3,000rpm. While a five-speed manual transmission will be offered, the five-speed AMT gearbox might also be present.

The petrol powered models will come with the 1.2 litre engine that presently drives the Zest and Bolt. 90bhp at 5,000rpm along with 140Nm at 1,500-4,000rpm will be the output of this engine which will be mated to a five-speed manual transmission.

Tata is likely to introduce this SUV in the Indian market to rival against the Ford EcoSport with the prices ranging around INR 6.50 lakh to 10.50 lakh (ex-showroom Delhi). Know Ford EcoSport price now!

Ford is not a new player in the mini SUV category, and with the launch of the EcoSport, it generated quite an overwhelming response from the consumers. Car lovers who seek a premium hatchback model with some SUV-ish features are the chief targets for this car from Ford.

The EcoSport's styling makes it outstanding on Indian roads. It is a small SUV with the looks of a large hatchback more than SUV. It is the spare wheel position at the rear that gives this car its SUV-ish appeal. It provides ample ground clearance of 200 mm and a solid build quality. The Ford EcoSport is offered in 19 variants, 3 engine and 2 transmissions options and offers excellent performance. The 1.5L diesel MT engine is available in all trims.

Two petrol engines are on offer, a 1.5L Ti-VCT motor and the 1.0L 3 cylinder turbo-charged EcoBoost which is offered in the top model which comes with 6 airbags, leather seats, ABS, Emergency Assist system and lot more features. Going by the reviews of car experts, this car comes with lots of space, making it great for long trips.