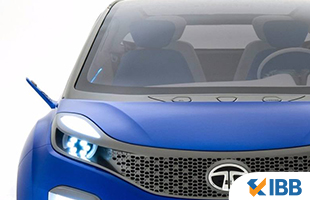 Tata Motors is one the leading automobile company in India which comes up with upgraded car model every year. With introduction of new variants each year the expectation of the customers from the car maker has increased substantially. The Tata Nexon was launched a few weeks back and has made a good name for itself in the short time. But the new kid on the block in the Tata X451 which is expected to unveil in the later part of the year. The car is all set to be launched in 2019 in India. This new premium hatchback is the subject of curiosity amongst car enthusiasts and recently it was spotted testing. The car is set to get more stylish and sportier and the design is inspired from another Tata car, Tata Nexon.

The car is set to be equipped with a 1.2-litre turbocharged Revotro petrol and 1.3-litre Multijet diesel engine. The petrol variant produces a maximum power of 84bhp and 140Nm whereas the diesel variant delivers 73.97bhp and 190Nm. Both the engines are expected to give better performance courtesy the Variable Geometry Turbocharger (VGT).

The Tata X451 will be the first model to be built on Tata Motors’ Advanced Modular Platform (AMP). The car is built along the lines of Tata Tiago but with a lot of modification. The car comes with a longer wheelbase and length and is approximately 200mm longer than the Tiago. The spy cam has captured the design of the car in spite of it wearing covers.

The car will be quite spacious and will come with a considerable boot space. Few of the other design elements that have been captured are placement of rear door in the C-pillar, steel wheels, longer windshield and a tapering roofline. Touchscreen infotainment system, projector headlights, LED daytime running lights and automatic climate control are speculated to be in the model.