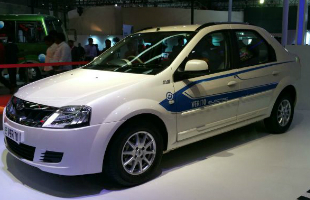 On course of the home-grown automaker, Mahindra’s commitment to the GOI’s FAME, Faster Adoption and Manufacturing of Electric Vehicles initiative, and also the NEMMP 2020.This zero emission sedan is India’s first all electric sedan! It is made in India and by Mahindra, an Indian automaker. 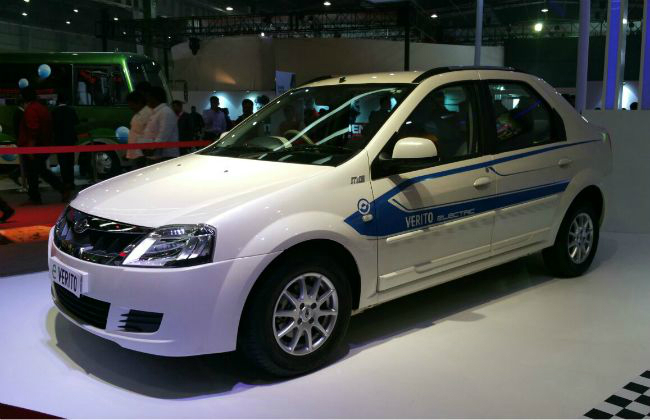 With respect to electric cars, the eVerito sedan is its second outing after its very successful e20 hatchback. The eVerito was first showcased in the Auto Expo 2012 and was also showcased in the subsequent Auto Expos of 2014 and 2016 too. The launch couldn’t have come at a better time, owing to the growing awareness, the NGT orders on diesel vehicle ban owing to pollution; this eco-friendly vehicle would definitely do its bit to the environment as it is a zero emission sedan. Prices start at INR 9.5 lakhs and goes up to about 11 lakhs.

The Mahindra e-Verito is power-driven by an all electric motor and supported by a 72V battery pack. The eVerito is outfitted with a direct drive single-speed transmission. This electric sedan is expected to offer a driving range of 110 kms when completely charged. This electric vehicle, EV uses a lithium-ion battery that takes 1 hour 45 minutes to be completely charged when charged via the fast charging technology. This fast charging technology feature is available only in its top-end D6 variant. It will take more than 8 hours when charged on the regular mode. The vehicle’s top-speed is set at about 86kmph.

All 3 variants of the Mahindra eVerito, the D2, D4, and D6 of the all electric, green car, would first be made available in only some cities in India like New Delhi, Kolkata, Mumbai, Bangalore, Pune, Nagpur, Hyderabad, Jaipur, and Chandigarh and gradually it will expand its reach.

The exterior of the eVerito

In terms of its exterior silhouette, it resembles the regular, fuel run sibling Verito and though changes are small, it is noticeable in its redesigned radiator grille, the fog lights and headlights see a change and the sloping roof in the Verito is not visible in the eVerito. Also the rear-view mirrors are neatly placed in the eVerito, especially the top end models.

The interiors of the eVerito

The interiors of the eVerito see a major change from the regular Verito sedan. The upholstery has been revamped, a first-rate music system with Bluetooth, USB connectivity and aux-in are made available in the eVerito, which in turn is not available in the fuel-variant, Verito model. Overall, the interiors are refreshingly new and even the AC is something new and powerful.

Specialty Features of the eVerito

The eVerito, all-electric sedan will be the cheapest in Delhi thanks to the huge State subsidy coupled with the government’s FAME initiative. This would translate to about a subsidy of about INR 1.5 lakhs and a VAT reduction of 5% from about 12.5%. The FAME initiative would give an additional subsidy of about INR 1.38 lakhs. And all of this would translate to about a total subsidy in incentives adding up to about INR 3 lakhs. But road tax and registration charges would be as applicable and is not included in the subsidy.

Owing to the diesel vehicle ban in New Delhi and emission issues, Mahindra is positive that the eVerito would make the right impact on the Delhi auto market. The cheaper pricing by way of subsidies and incentives and also the vehicle’s unique features and performance would make it all the more attractive. And not to miss, since it is an all green sedan, it could have more takers as there are no hassles. Mahindra is hoping to retail about 350-400 eVeritos a month in New Delhi alone which is definitely promising.

Made in India - Made in Nashik, Maharashtra

Thus summing up Mahindra’s endeavour to give back to Mother Nature in the thoughtful words of Dr Pravin Shah, President, and CEO (Automotive), M&M at the launch of the eVerito, “It has always been our endeavour to make electric vehicles more accessible and the eVerito is the first electric sedan in our portfolio. With issues like environmental degradation, pollution-related challenges, climate change and energy security, there has never been a better time to switch to electric vehicles.”