The Most Attractive Concept Cars From New York Motor Show 2018 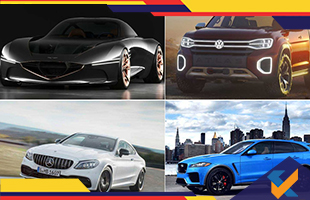 The Most Attractive Concept Cars From New York Motor Show 2018

Recently New York observed one of the best Auto Shows and the top car manufacturers put their concept cars on display. Here are a few latest cars unveiled on that day, and we can't take our eyes off it. 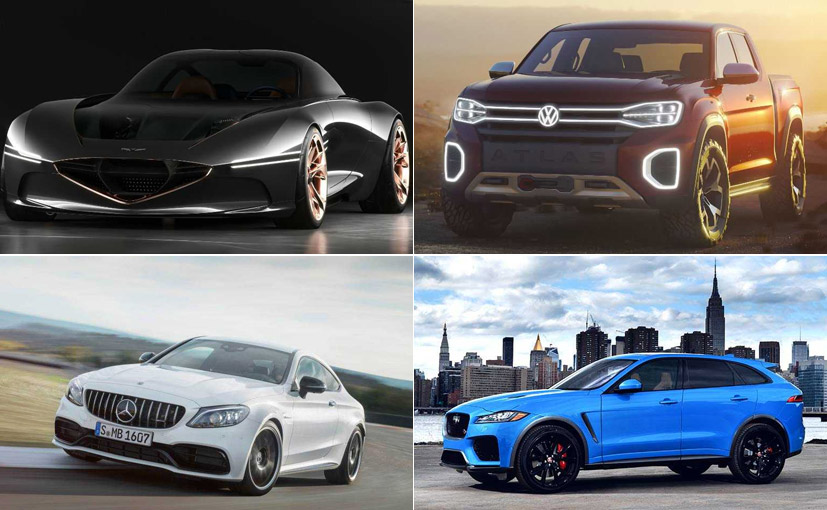 This model stole the New York auto show this year. The Genesis Essentia is a show stopper. It is the company's first ever electric concept car. The monocoque of the car features a lightweight carbon fiber, multi-electric motors which are powered by rechargeable cells. The interiors are custom-made. On the front there is crest grille along with air vents just behind the front tyres. It has expected pick up of 0-100 kmph within 3 seconds.

Altima continues to be one of the most loved sedans of America. The sixth generation model is based on Nissan's Vmotion concept. The new Altima gets a mixture of sharp and sporty looks. It comes with two engine variants, 2.5 litre 4-cylinder engines, and a 2.0 litre Variable Compression Turbo engine. Head and tail lamps are LED and have been updated to give a boomerang look. The interior boasts a 8inch central display for multiple controls.

The Tanoak Pickup concept unveiled in the motor show is the company's first pickup truck. This concept has been developed in the basis of modular and transverse matrix architecture. It is about 5438mm long which makes it a large pick-up truck in the US standards. The Atlas Tanoak is powered by a 3.6L V6 engine and it can sprint from 0-100kmph in 8.5 seconds.

This new electric concept by Mini is going to be available in markets by late 2019. It is rumored to be a 3 door car. The manufacturers have not much changed in this model. The go-kart sentiment is dealt with by keeping the model same while the engine is replaced by an electric motor. It is available in one of the most famous color combinations of bright red and white stripes.

This much-awaited model was finally unveiled at the auto show. The C-63 AMG comes with two trimmed options, the standard and S. Considerable updates have been made on the front headlamps, bumper and bonnet. This beast boasts a 4.0 litre V-8 bi turbo engine capable of producing 469bhp in standard model and 503 BHP in S model. The engine can accelerate the car from 0-100 in about 3.9 seconds.

The new RAV4 has been made wider and a bit shorter to give a tough muscular look. It comes with sharper looks, new LED lamps. The interior is designed with a 7 or 8inch multipurpose infotainment system. This system is adorned with Toyota Entune, Apple Carplay, and Amazon Alexa. The RAV4 is powered by 2.5 litre petrol engine with 8-speed transmission box.

This model by Jaguar is one of the fastest available models. It has all new enhanced chassis and aerodynamic design to provide the fastest driving experience. It is powered by 5 litre V-8 supercharged petroleum engine capable of accelerating 100kmph in 4.3 seconds. The engine produces 542 BHP of power and 680 Nm torque capable of reaching speeds up to 283kmph.