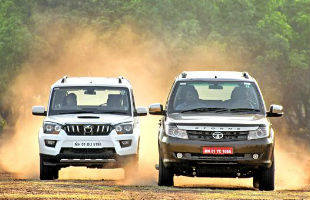 Safari Vs Scorpio, a battle that’s fought over the years by two of India’s automotive heavyweights. Both Tata and Mahindra have made numerous iterations and improvements on their flagship SUVs, trying to get ahead of each other in the SUV slugfest.

Mahindra in 2015 gave a head-to-toe makeover to their Scorpio, complete with significantly better exterior and a thoroughly re-worked interior.

The major change in Safari was brought in when Tata launched their flagship SUV, the mighty Safari in the Storme avatar.

Recently Tata has launched the Safari Storme with a new engine, the Varicor 400 upping up the torque and power. We at ibb, pits both the true-blue home-bred SUVs for a head-head skirmish.

Mahindra gave a significant upgrade in Scorpio’s styling on the aging design in 2015, infusing some modern elements and tweaks. The car still resembles the older model, but Mahindra managed to bring in an air of freshness with the eyebrow DRLS, predator type grill, and projector headlamps. The side profile mostly remains unchanged and with a new set of rear lamps and some modern elements, Mahindra has done a decent job in making the Scorpio look contemporary.

Safari has an unmistakable SUV look. But, Tata has but done very less in differentiating the new Varicor 400 from the earlier model. The car gets a Land-Roverish front grill and new DRL strips on the front bumper. As an option, you get a hood scoop and bonnet guard, which actually looks out of place.

Mahindra has done a great job, thoroughly revising the dash layout of the car compared to the older one. Also, the car gets an instrumental console which not only displays a whole host of information but also has a simple and attractive layout. The dash has a layered design structure. A touch-screen infotainment system finds place on the centre console.

Tata Safari, compared to Mahindra has a Spartan interior. There is a marked improvement in the material quality, but it still lags behind the interior fit and finish of the Scorpio. There is no touchscreen infotainment system; it covers up the ground by providing Bluetooth telephony, aux and USB connectivity.

Both cars have good interior space both at the front and the rear, with Safari having an upper edge in the interior space department. The third rows on both cars are better suited for kids and it is best to be used for stashing your luggage rather than the fellow homo sapiens. The Safari has larger front seats than the Scorpio. 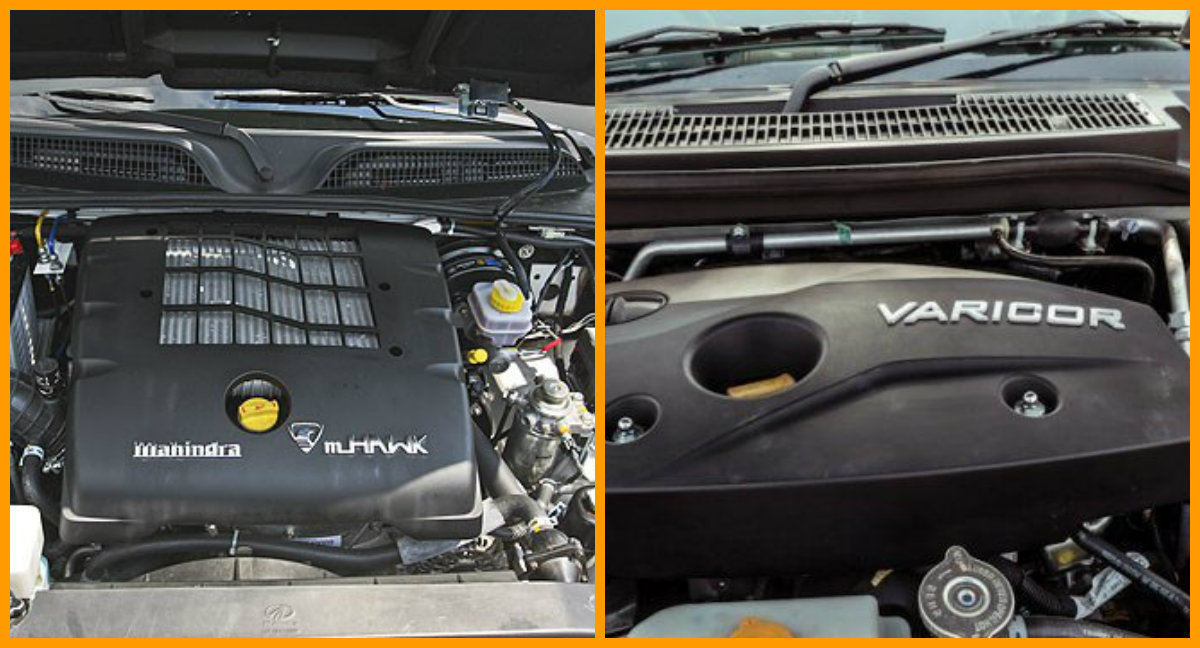 Tata Safari Varicor 400, this Varicor family engine churns out 400 NM torque and 154 bhp of power (6 bhp more than the earlier one) making it the most powerful Safari till date. There is a considerable turbo lag till 2000 rpm, and once the turbo spools, there is a significant surge in performance. The car breaches the triple digit mark in 12.9 seconds.

The main strength of Scorpio has always been its strong engine line-up. In the 2015 edition, Mahindra has further tweaked the refinement and it is one of the most refined diesel engines in the country. The engine mHawk engine dispenses 118 bhp, much lesser than that of the Safari’s power pot. Surprisingly Scorpio reaches the ton mark just 0.5 seconds later than the much powerful Safari.

Both cars are the traditional body on ladder construction and cannot expect a car like alacrity and handling prowess. Safari has a better ride quality than the Scorpio, whereas Scorpio scores over Safari in negotiating corners. 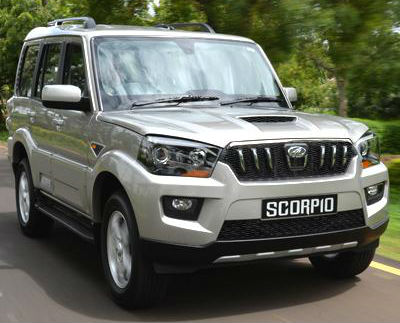 Tata has plonked in the most powerful engine till date on the new Tata Safari Varicor 400 making it faster and a good highway cruiser once past the turbo-lag zone, but not much work has been done to improve the overall quality or appeal of the car. Safari loses to Scorpio in the styling, engine refinement and interior fit and finish departments. Moreover, Scorpio has a much lower price tag compared to the Safari. Though not perfect, Scorpio emerges as the winner of this SUV shootout.