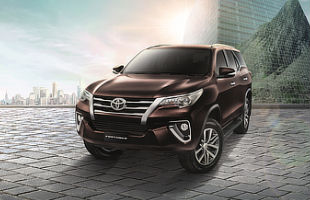 For Toyota, the Toyota Fortuner has definitely been one of its very popular and happening vehicles in the SUV segment. It is on par with its other popular vehicle the Toyota Innova. Over the years, the Toyota Fortuner has an established selling quotient and not simply. Its on-road performance, powered engines, masculine presence, the spacious cabin, its affordability, and also Toyota’s commitment and service add to its long list of pluses.

The new Toyota Fortuner has undergone a neat makeover and after a thorough facelift, it was unveiled in the Auto Expo 2016. It is now available in three variants, which would be the 4x2 manual, 4x2 automatic and 4x4 manual. 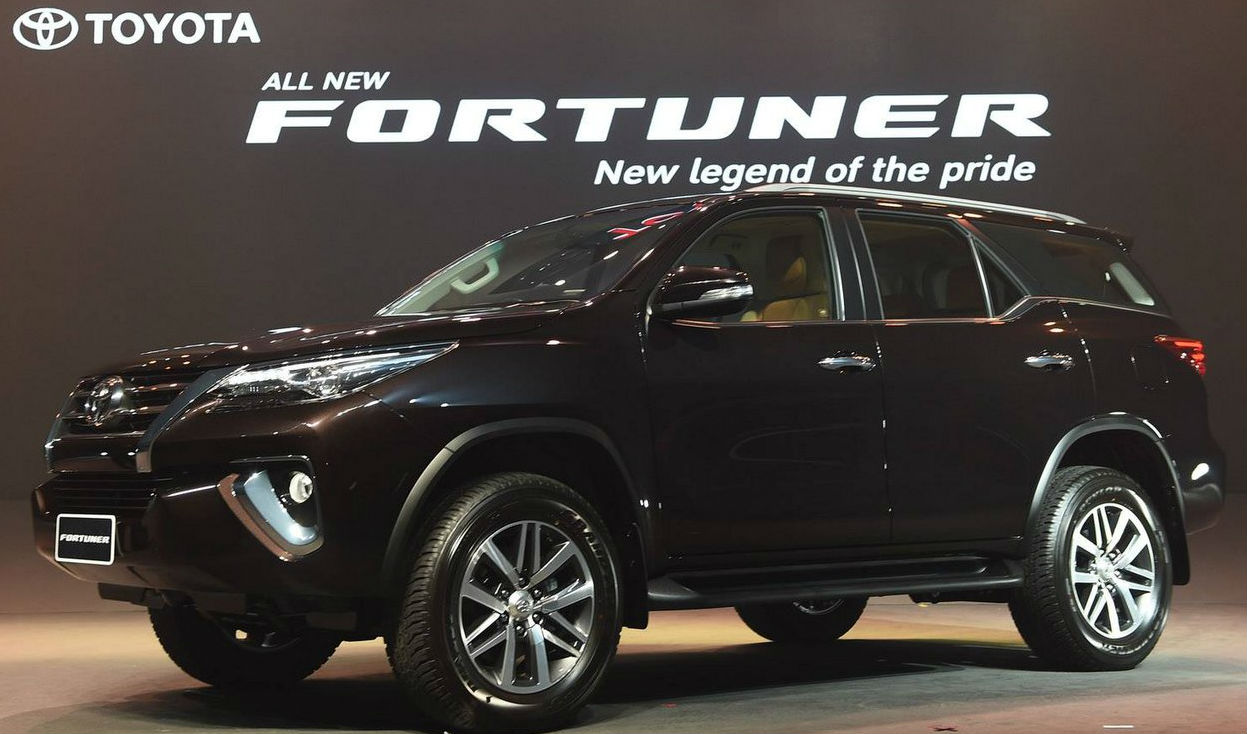 After the facelift and upgrade at the 2012 Indian Auto Expo, the Fortuner is available in three variants - 4x2 manual, 4x2 automatic and 4x4 manual.

It seems like the new Toyota Fortuner is out to captivate SUV enthusiasts and will definitely establish itself in terms of a strong market presence.

The masculine body and its commanding presence have always been the notable features of the Toyota Fortuner. And with this new version too, small changes have been made. But its very basic attractive elements have been retained. The sporty ardor and its unique GOA body structure which in effect is impact and safety focused is also one of its other key highlights.

The overall masculine presence and a complementing sturdy side profile and rear end make for a very impressive and eye-catching SUV on the road.

The very spacious cabin is definitely a key highlight of the new Toyota Fortuner. The SUV can seat up to 7 people with relative ease. The seating is very comfortable and comes with reclining and sliding features so as to add to the comfort levels when travelling. The driver’s seat can be adjusted in many different ways so as to give maximum support. The central console comes repackaged in a very alluring design and is touched up further with its dual tone color scheme. The dashboard is well-equipped with an advanced instrument cluster and an infotainment system. Overall, the interiors of the new Toyota Fortuner have a very inviting aura about it.

The different powerful engine variants of the Toyota Fortuner SUV are definitely one of its strong points. It has a great four wheel drive system, wherein one can switch between a 2-wheel to a 4-wheel drive and vice versa very easily. With this model, the TRD Sportivo version has been introduced and comes in both automatic and manual versions. And all the variants are supported by a 3.0 liter diesel engine. The engine can accelerate from idle to 100 Kmph in about 13-15 seconds.

The expected pricing for the popular Toyota Fortuner is in the range of INR 25 to 28 lakhs. And its long list of competitors includes the Isuzu MU-7, Honda CR-V, Skoda Yeti, Mahindra Ssangyong Rexton, and Renault Koleos.

The new Toyota Fortuner will be featured in the Auto Expo 2016.

The Auto Expo held in the capital city of India is said to be Asia’s biggest and also globally, the 2nd biggest motor show. This is a biennial event organized jointly by the SIAM, Society of Indian Automobile Manufacturers, ACMA, Automotive Component Manufacturers Association, and the CII, Confederation of Indian Industry.