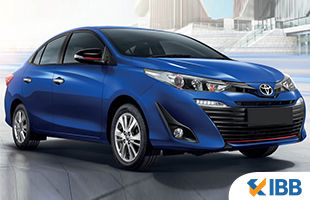 The car manufacturer Toyota has not been putting out many models in the market recently. But it will be launching a new product at the Auto Expo 2018. The car that would be in the limelight is the Yaris sedan. The car would be debuting at the motor show and the launch is planned for the latter part of 2018. The car would be a natural rival to the Hyundai Verna, the Honda City and the Maruti Suzuki Ciaz. Toyota also offers an Etios sedan but the Yaris would be a more premium model.

The sedan can already be found in many of the Asian markets. The Indian model would be quite close to the one sold in Singapore with almost the same specifications. The car would be shorter than most of the rivals though the difference would be marginal. The design of the car is quite conventional and there is a three-box silhouette. However, the company has made an effort to upgrade the looks with some adventurous designs. The headlamps look much like the larger Corolla and are much more stylized than the previous model on sale.

The interior space of the car has been designed well. The dashboard is quite neat and there is a touchscreen that has been positioned quite high and it also aids the usability. There is a chunky steering wheel and there are chrome-ringed balls as well. The colors of the car have not yet been revealed through a dual color theme is being expected. The best-in-class width in markets might mean that the car would be received quite well in India.

The Yaris has a 107 hp 1.5-litre petrol engine and there aren't any diesel engine. The car would also be meeting the BS-VI norms that would come into effect in 2020. There is a hybrid version as well that might join up in the future. The price of the car would be somewhere around Rs. 8.5 - 11 lakh and the price is quite reasonable..