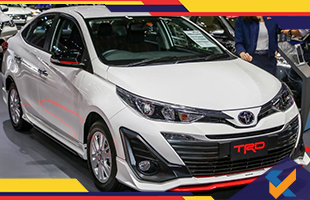 The Yaris Ativ YRD, a sportier version of its Honda City rival, was unveiled by Toyota at the ongoing 2018 Bangkok Motor Show. The Japanese automaker has endowed the mid-size sedan with various cosmetic changes. The exterior features dual-tone side skirts, the front spoiler and rear faux diffuser finished in red, and a revamped front bumper that houses enlarged fog lamp surrounds. One will hardly fail to notice the red highlights on the outside rearview mirrors and the boot spoiler finished in black. 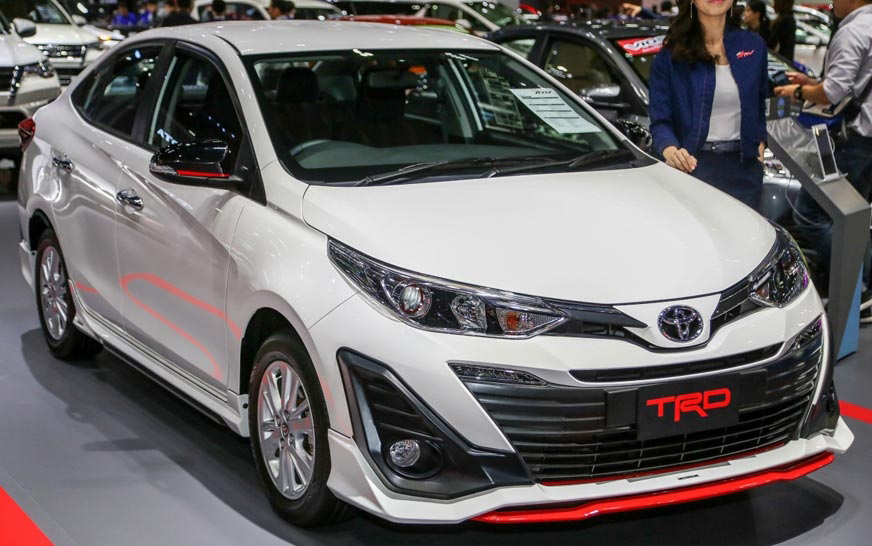 Apart from the body kit, the model is not given any TRD badges, special alloy wheels or any mechanical changes. What differentiates the Yaris Ativ from the Vios is the cabin and the engine. Under the hood, the former gets a 1.2litre petrol engine, while the latter is equipped with a 1.5-litre petrol and more premium interiors.

Previous reports had suggested that the Japanese brand has started to take bookings for the Yaris in India. The India-spec model, which was also showcased at the 2018 Auto Expo, is powered by a 108hp, 1.5litre, 4-cylinder, petrol engine and will be available with a six-speed manual gearbox and a seven-step CVT automatic. A diesel engine does not seem to be on the cards, though a possible future launch may see a hybrid model.

The Yaris for India, expected to pose a tough competition to the likes of the Hyundai Verna, Honda City and Maruti Suzuki Ciaz, will be heavily localized. Thus, in all likelihood, the prices will be competitive, in the bracket of Rs. 8.4 to Rs. 13.5 lakh (ex-showroom). The top-spec variants are expected to be accompanied by an array of segment-first features including gesture control for the touch-screen infotainment system, a tyre pressure monitoring system, 60:40 rear seat split, adjustable three-neck restraints for the rear seat, a roof-mounted rear air-con with ambient lighting, a powered driver’s seat and front parking sensors.

If we take into consideration that Toyota had earlier introduced TRD Sportivo versions of the Etios Liva hatchback, Etios sedan and the Fortuner SUV in India, it seems highly likely that the carmaker will bring the body kit for its Yaris following the arrival of the standard model.