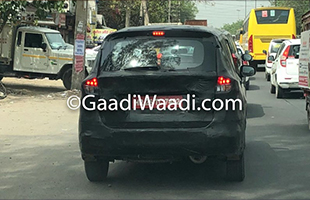 The new generation Maruti Suzuki Ertiga has already been tested extensively by the company and is due for a launch soon as per reports. The new cabin has also been seen while the car was testing. The new gear lever clearly indicates that there will be a 6-speed manual transmission unit replacing the current version’s 5-speed manual transmission system which is paired to both diesel and petrol engines. There is an optional 4-speed automatic torque converter system for the petrol version. 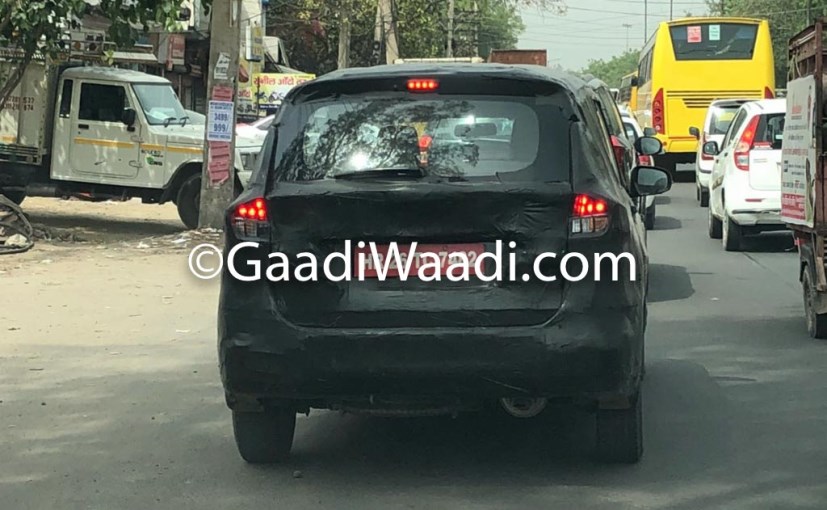 The new Ertiga may also get the new four cylinder 1.5 litre diesel mill that will be the replacement for the 1.3 litre diesel engine sourced from Fiat. This new transmission system may be paired to this brand new engine as well. The current K-Series 1.4 litre petrol engine may be retained along with the 5-speed manual transmission unit. The 4-speed automatic option may be switched for the Magnetti Marelli sourced AMT system.

There will be a new look inside with dual tone white and black hues and a new dashboard that comes with horizontal and bigger AC vents. There will be automatic climate control and a touch screen infotainment unit in adidtion to a three-spoke multi-functional steering wheel like the brand new Swift. The twin-pod instrument console may also be integrated into the new generation Ertiga. There will be 7-seater and 6-seater configurations on offer as well.

The new HEARTECT platform has contributed to an increase in the size of the new Ertiga although the wheelbase remains the same. The Ertiga will also get new projector headlights and a chrome grille along with a new front bumper and brand new fog lamps. There will be LED daytime running lights and LED tail lights along with a high-mounted LED stop lamp, new tailgate and brand new bumper at the rear.