Volvo has finally taken the covers off of the new S60 model in their new plant in South Carolina, USA built back in 2015 with an initial investment of £772 million, employing 4000 people when it reaches its full capacity of 1,50,000 cars annually. The car is due to go on sale globally early next year. It may also make its way into the Indian market sometime next year.  Under the hood the car is equipped with a choice of four petrol engines including two plug-in hybrids. In the plug in hybrid variants the car gets a supercharged 2.0-litre T8 Twin Engine, which produces a combined 390hp, with the 303hp petrol engine driving the front wheels and the 65kW electric unit powering the rear axle. It generates a torque of 640Nm and can attain a top speed of 250kph. The Polestar Engineered S60 produces 670Nm of torque and similar top speed. The entry-level S60 engine is the 250hp, four-cylinder, 2.0-litre turbocharged T5 generating 310hp of power. Every engine option sends power to the wheels via an eight-speed automatic gearbox. 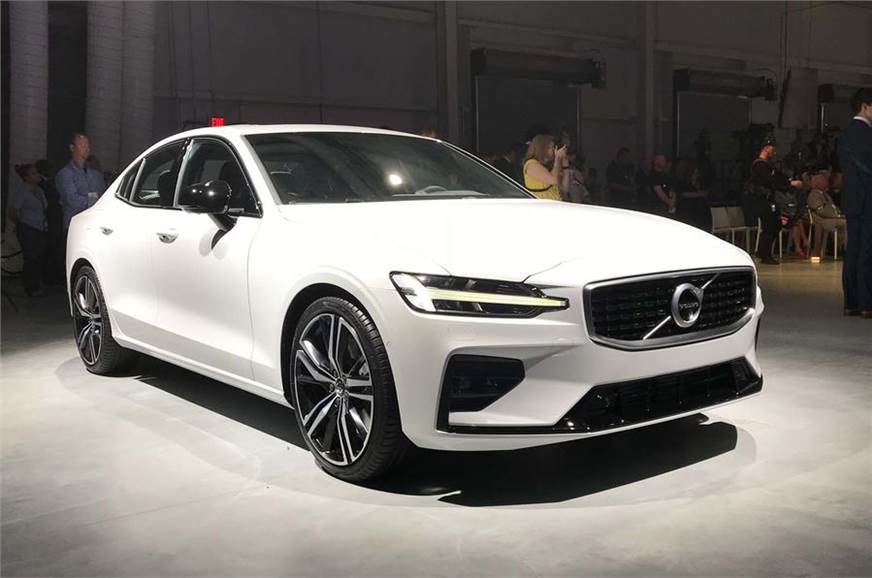 The car is based on Volvo’s Scalable Product Architecture (SPA) and comes in dimension reading out as 4,761mm long, 2,040mm wide and 1,431mm high, a wheelbase of 2,872mm, kerb weight of 1,680kg and 442 litres of storage. Some of the other notable features of the car includes safety and Sensus Connect infotainment systems such as optional Pilot Assist system and City Safety autonomous braking capability.