Will The Toyota Camry Hybrid Be Discontinued In India? 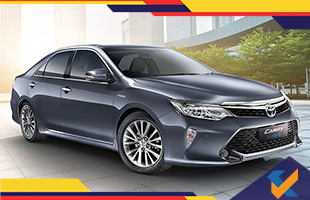 Will The Toyota Camry Hybrid Be Discontinued In India?

As per the latest reports, Toyota Kirloskar Motor may be thinking of discontinuing the Camry Hybrid model in India sometime soon. The Camry Hybrid has previously been a successful HEV with monthly sales volumes touching 100 units at its peak but plunging down to just 35 units post-GST implementation. Things reached such a stage that Toyota had to stop assembling the car for around 4 months due to lower sales volumes.

The prices of the Toyota Camry Hybrid have jacked up to INR 37.22 lakhs approximately from INR 31.22 lakhs previously. This meant that on-road prices touched a whopping INR 42 lakhs, thereby putting off buyers in large numbers. Akito Tachibana, the Managing Director at Toyota Kirloskar Motor, has stated firmly that in case the Government does not revisit the high taxes on hybrid cars, the company will have to discontinue the Camry Hybrid model.

There is no official word on the launch of the 10th generation Camry in the Indian market as of yet although the global version has made its debut quite sometime earlier.