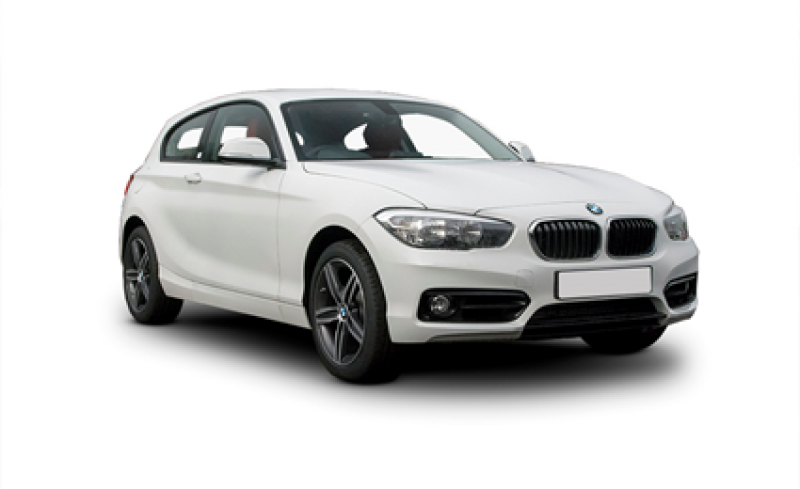 The BMW 1 Series of compact luxury cars has been manufactured since 2004 as a successor to the BMW Compact, and has been produced in four different styles.

Despite its design being new, the front of the BMW 1 Series is something you've never seen before. With a kidney grille in a dominant upright position, extensive headlights reinforced with xenon corona rings and dynamically shaped bonnet, this BMW stands out from the crowd.

The BMW 1 Series comes for both, Diesel as well as Petrol cars. The petrol engine pumps out 136 bhp, while diesel engine gives out 143 bhp.

There is a unique combination in the compact class, involving the interplay between a longitudinally mounted engine, high grade suspension and rear-wheel drive with a balanced weight ratio between front and rear axles. This guarantees stress-free driving, especially on long drives and provides maximum agility when turning on corners. Connectivity, USB devices and Bluetooth services are all a standard part of the vehicle.

Pitted against Mercedes-Benz B Class and Volvo V40, BMW Series 1 has a better build and quality and an engine that delivers more power.

Hatchbacks are widely approved and loved in the Indian auto market. Therefore, sensing an opportunity and wanting to make its presence felt in this segment, while increasing customer reach, luxury carmaker, BMW, introduced the entry level, premium hatchback, the 1 Series. In India, the 5-door option with one petrol and diesel mill is available. Available in India via the CKD route, the specs match its European counterpart. If you want to be the proud owner of a BMW, be it an entry level, then the 1 Series makes a good choice in terms of affordability, driving experience and the BMW reliability.

BMW is good to go to divulge a refreshed 7-arrangement extend one year from now. Sources reveal to u... Read more

BMW India today reported the dispatch of the 320d GT Sport, the new base variation of the 3 Series G... Read more

BMW all set to launch...

The newest addition to the BMW line up is the diesel 6-series Gran Turismo, badged as the 630d. Read more

The German carmaker took the wraps off the new age BMW X5, which will inevitably likewise come to In... Read more

The Bavarian premium carmaker BMW has added yet another lead vehicle to its worldwide line up with t... Read more

With the new 8 Series, BMW additionally grows the ultra-lavish range in its portfolio, as the new ca... Read more

BMW India has been known to launch the petrol variant of the BMW X3 in India. The Indian arm of BMW,... Read more

Propelled two months back with just a diesel motor alternative; the new BMW X3 presently gets an oil... Read more