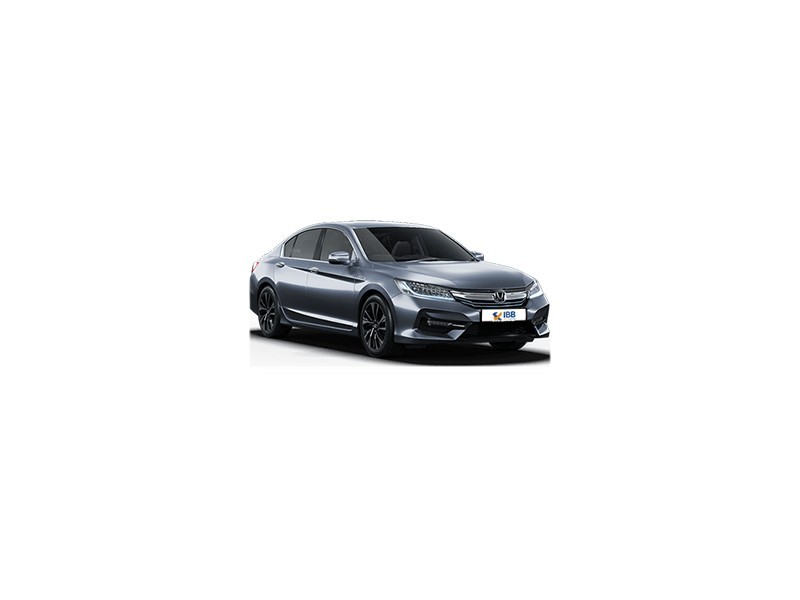 Honda is a popular name especially among the elite class buyers in the auto market in the country. The previous generation Accord got quite a few praises from auto enthusiasts and buyers because it came with striking looks, interiors which were luxurious and superior performance. Unfortunately, the vehicle was discontinued couple years ago as it did not fare well and sales dropped. Just recently, the automaker reintroduced the Accord but this time in the Hybrid avatar. It’s in its 9th generation and it was catapulted towards the Indian market due to the great response internationally. It continues to take the CBU route.

The new generation Accord is lighter, smaller and more advanced than the outgoing model. Although being a hybrid, it won’t receive the FAME benefits of the Indian Government because it’s brought in via the CBU route.

The cabin of the Accord get plush leather upholstery in ivory colour with a lot of other high end features like driver’s seat which is adjustable 8 ways and has a 2 position memory function, the co-driver seat is adjustable too in 4 ways and has easy access switches, smart entry, one push start, electric sunroof, 7inch auto system which is touchscreen and comes with navigation and inbuilt Wi-Fi receiver for browsing the internet, 10 speaker music system and subwoofer and precooling and preheating system etc. Additionally, rain sensing wipers, cruise control and climate control (dual zone) is added in too.

The design has been lifted off the previous model. The front comes with an accentuated chrome grille, redesigned bumper and LED fog lamps. It also exhibits an all aluminium hood which is lighter than before, automatic LED headlamps, daytime running lights, 18 inch alloy wheels, trunk spoiler and decreased length and wheelbase.

The engine is a 2.0L 4 cylinder petrol engine and 2 electric motors. The latter is powered by a lithium ion battery. The total power is 211BHP from which the petrol engine generates 145BHP. It has an e-CVT automatic transmission unit. There are three driving modes - Hybrid, EV and Engine. The tTwo additional driving modes are Sport and economy.

With the Accord, Honda has definitely figured out what people seek and value the most. And the Accord is a complete vehicle that appeals to a cross-section of people and is definitely a frontrunner in its segment. It is reliable, light, well-defined and comfortably spacious. The interiors blend in with its exteriors and lives up to this sedan’s reach and popularity. In India too, this iconic vehicle has good appeal and it scores in most aspects. Having garnered many awards and featuring in the top ten sedans many a time, it is a rewarding experience to drive and own an Accord.

Honda Cars India Limited is rolling back the 2013 model year City, Accord, and jazz models. The comp... Read more

Honda Accord settles the score with the peers in the D Segment: Skoda Superb and Toyota Camry. Read more

Honda Accord Feature A...

Presenting to you a drive which is the most efficient in its class and laden with unbelievable volum... Read more

Honda Accord is staging a comeback in India. The ninth-generation Accord is coming back to India soo... Read more

The D-segment sedan, the new Honda Accord from the globally famous Japanese automaker, Honda is set... Read more

The second-gen Honda Brio is expected to make a world premiere at the upcoming GIIAS 2018 (Gaikindo... Read more

Latest nine-speed automatic gearbox is introduced on the Civic diesel model by Honda. It was for the... Read more

Recall of New Honda Am...

An issue has been recalled by Honda for the faults in the electric steering wheel in their new compa... Read more

The entry of the new Amaze has given Honda a jolt. The carmaker sold 9,789 units of the Amaze in May... Read more

May 2018 was a stellar month for HCIL (Honda Cars India Limited) as it had total sales volumes of 15... Read more

Things you need to kno...

The 2nd gen Honda Amaze has obvious better looks in comparison to its predecessor 1st gen Amaze. The... Read more

Things you should know...

The Honda Civic has always been one of India’s favourite cars. And this year it is being reincarnate... Read more

Honda is one of the leading automobile company in India which comes up with upgraded new car model e... Read more

Competing with the Maruti Suzuki Dzire, the Honda Amaze had been launched in the Indian market as a... Read more