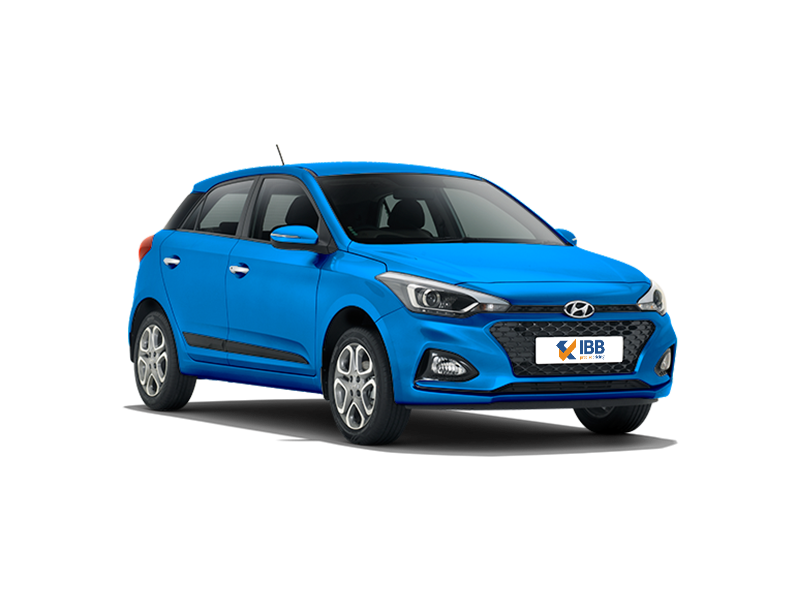 About HYUNDAI ELITE I20

The brand new 2018 Hyundai Elite i20 has just been shown at the 2018 Auto Expo. The Elite i20 has always been a hugely popular car in the Indian market, one of its highest selling premium hatchbacks and close rival to the Baleno, another insanely successful hatchback. The new Elite i20 on the surface, resembles its predecessor strongly. However, there are some differentiators like the revamped bumper with the cascading signature hexagonal grille from Hyundai. There are modified fog lamp housings and these also get new functional vents for improved aerodynamics. The same LED daytime running lights and halogen projector headlights have been kept for the car.

The new Elite i20 has bigger tail lights along with new and refreshed graphics which resemble LED elements which are often witnessed for costlier cars. The number plate housing moves to the tailgate from the bumper. The matte black cladding for the rear bumper scales up the style quotient. There are new 16-inch diamond-cut alloy wheels for the top-end variant. Other variants continue with the same 14 and 15-inch wheels. The Elite i20 now gets the dual-tone exterior paint option where the roof is blacked out and paired with orange, red or white colors. However, this only comes for the Asta variant.

The cabin looks quite similar to the previous i20. There is a black and beige dual-tone theme for all variants with the exception of the Asta. The latter has the all-black theme with red/orange inserts on the gear lever, AC vents and seats. The dashboard looks clean and well laid out. This is one feature packed car including a 7-inch touch screen infotainment unit complete with a rear parking camera, Android Auto and Apple CarPlay. The same Dual VTVT 1.2 litre Kappa petrol and U2 CRDi 1.4 litre diesel engines are retained for the car.

The former churns out 83 PS and 115 Nm while the latter dishes out 90 SP and 220 Nm. The petrol engine is paired to a 5-speed manual transmission unit while the diesel mill is mated to a 6-speed manual transmission unit. A CVT unit is on the way and should launch sometime later this year as per reports. There dual front airbags with ABS and front seatbelts with pre-tensioners. These are standard features across the entire lineup. The top-end Asta (O) variant comes with ISOFIX child seat anchors and 6 airbags.

The 1.4 litre petrol engine has been discontinued by Hyundai and this earlier came with the 4-speed automatic transmission unit. However, the CVT gearbox will be available for the 1.2 litre petrol engine by May 2018 as per expectations. This will help the Elite i20 take on rivals like the Honda Jazz and Maruti Suzuki Baleno in the automatic category as well. The new 2018 i20 comes in five variants, namely Magna Executive, Era, Sportz, Asta (O) which is the top-end variant and Asta. The base variant has central locking, power steering, roof antenna, internally adjustable wing mirrors and a manual air conditioning unit.

The Hyundai Elite i20 is one of the best cars in its class and the 2018 version reinforces this with good equipment, safety features and the same attractive design. The design changes are subtle although some of them make the car look sportier than before. There is the dual-tone exterior paint option, proven reliability and performance and of course, the same comfort and sense of luxury. This continues to remain one of the best buys at this price range for those desiring a premium and spacious hatchback.