A luxury brand known for its futuristic and sleek designs, advanced features and superior performance, Lexus is a division of Toyota Motor Sales which is a wholly owned subsidiary of one of the world’s largest automakers, Toyota Motor Corporation from Japan. The inception of the brand took place in the year 1989 and it ventured into the United States in 1998. The Lexus brand is sold in 70+ countries globally and is the highest selling premium car marquee in Japan. Lexus is known for its emphasis on continual innovation, attractive design and unmatched performance. Lexus aims at offering top class experiences for customers. Lexus is known for its focus on environmental care and preservation and its focus on setting new benchmarks in terms of best-in-class refinement, luxury, reliability and performance. The brand sells coupes, sedans, SUVs, performance cars and hybrids worldwide. Lexus India Private Limited is the Indian division of the luxury Japanese brand and is owned by Toyota Motor Corporation. The company ventured into the Indian market in the year 2017. Some of the top models sold by Lexus India include the ES 300h, RX 450h, LX 450d, LS 500h and the NX 300h F Sport and Luxury variants. 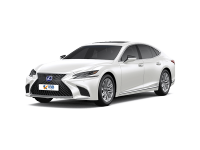 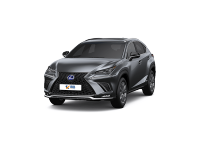 Sell your car with IBB

Couldn't find the right car? Let our experts help you!

New Lexus ES has been...

Lexus will dispatch the most recent age ES 300h car in India in August 2018. Read more

Lexus has officially unveiled the teaser video for its UX crossover which is expected to get a globa... Read more

Lexus to unveil the ne...

The Beijing Auto Show 2019 is yet to be held in China and Lexus is now all set to unveil the updated... Read more

Lexus India has shown the NX 300h in India officially and this is only a preview of things to come s... Read more

The leading automobile company, Lexus comes up with upgraded car model every year and this year will... Read more

Lexus Reveals The All...

The leading automobile company, Lexus comes up with upgraded car model every year and this year has... Read more

The Lexus NX is scheduled to be launched on the 17th of November, 2017, in the Indian market. The te... Read more

This is virtually the first Indian website of any description, that I have seen moving at lightning speed. Bravo !!!!!!!!!!! And your assessment seems reasonable too -- as a car-owner, who maintained ...

good for new buyers to know the value and get safe from cheatings...

Very accurate rates. This will help a lot towards standardizing the second hand car market.

Excellent, very fast, and easy to use service. Thanks a ton. At least someone made a genuine effort to provide what the consumer wants to see and not ridiculous ad pop ups.