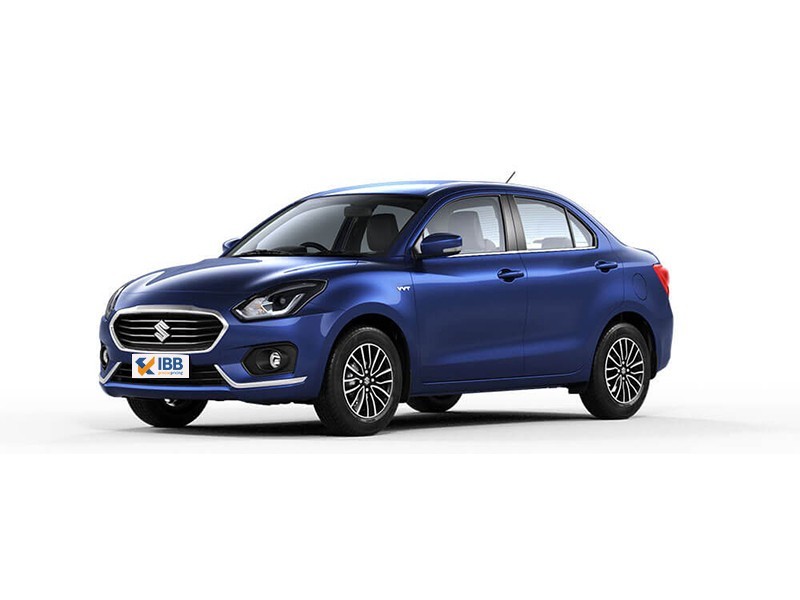 The 2017 Maruti Dzire has been an eagerly awaited launch, particularly because Maruti Suzuki has been striving to launch the third generation model in a more premium and luxurious avatar and also because this is the first time that the Dzire gets rid of the Swift prefix from its name. The Dzire is being independently positioned as a premium compact sedan while the old Swift Dzire will continue to be sold for the fleet segments. This clear differentiation should definitely help boost sales further. The Dzire has been officially launched in the Indian market and is priced between INR 5.45-8.41 lakhs (ex-showroom, Delhi) for the petrol version and between INR 6.45-9.41 lakhs (ex-showroom, Delhi) for the diesel version. The new Dzire has V, Z and Z+ grades for both petrol and diesel variants and all these grades have AMT options.

The new Dzire makes use of the brand new HEARTECT platform and is a completely new model, something which may work in its favor. The new Dzire looks and feels more premium and sedan-like with the styling elements clearly inspired by the upcoming new generation 2017 Swift. There are projector headlamps which look neat in tandem with LED daytime running lights and LED tail lights. There is also a signature light which is available only in top end trims. There are three new color options, namely Sherwood Brown, Gallant Red and the gorgeous Oxford Blue. There are diamond cut alloy wheels available as well.

The Dzire measures 3, 995 mm in terms of length while overall width increase by 20 mm to stand at 1, 735 mm. Height remains at 1, 515 mm while the wheelbase increases by 20 mm to stand at 2, 450 mm which should ensures even better legroom inside the cabin. The ground clearance has been lowered by 7 mm to stand at 163 mm. The Dzire offers a bigger 379 litre boot now and the HEARTECT platform is stronger and lighter as compared to the previous model, ensuring weight savings of 85 kg and 105 kg for the petrol and diesel variants respectively. High tensile steel has been used for the construction in this case as well.

The front fascia looks completely different with the raked A-pillar and trapezoidal grille and the more proportionate look. The side profile is quite similar to the outgoing model while the rear gets a few minor enhancements. Inside, the new Dzire boasts of a premium cabin with the two tone color combination working marvelously while other attractions include a leather wrapped flat bottomed steering wheel and a touchscreen infotainment unit with Apple CarPlay, MirrorLink and Android Auto. There are rear AC vents which is a welcome feature along with the engine push start-stop button and automatic climate control. The Dzire gets dual front airbags, ABS with EBD and brake assist as standard for all models which is also a nice touch. There are ISOFIX child anchorages for the rear seats as well.

The Dzire continues using the 1.2 litre K-Series four cylinder petrol mill that makes 82 BHP and 113 Nm while the 1.3 litre DDiS engine churns out 74 BHP and 190 Nm. Both engines come paired to a 5 speed manual transmission unit while Automated Manual Transmission options are available for both petrol and diesel variants. Another area where the 2017 Dzire shines is fuel economy. The petrol version offers approximately 22 kmpl while this goes up to a whopping 28.48 kmpl for the diesel variants. Both figures are the very best in the segment.

The 2017 Dzire competes with the likes of the Hyundai Xcent, Volkswagen Ameo, Tata Tigor, Tata Zest, Honda Amaze and Ford Aspire in its segment. The car looks and feels fresh and the engine drives pretty well with minimal cabin noise. Ride and handling is also pretty decent though maybe not as much as you would otherwise expect in a car which has suddenly upped its game.

The 2017 Dzire is undoubtedly a great option for those who want a premium and reliable compact sedan with all the luxurious trappings and features that we have come to expect in this category. The 2017 Dzire looks fresh and more sedan-like and comes in some gorgeous new colors. It drives and handles decently and offers plush new interiors to boot. The engines are tried and tested and best in segment fuel economy figures mean lower running costs overall. The ground clearance has been lowered a little but this is not such a big deterrent. The only deterrent that we could find is the high sticker price for top end petrol and diesel variants alike. Otherwise, the 2017 Dzire is a good bet for those looking to upgrade to a sedan from their hatchbacks or even those looking to trade in their current sedans for something more contemporary and updated.

Maruti Suzuki is cashing in on the demand for the hot selling Dzire sub-compact sedan by targeting a... Read more

Maruti Suzuki launched the new generation Dzire in May, 2017 and it has done extremely well in the I... Read more

The fastest car to tou...

The passionate fans of automobiles would be fascinated to know that Maruti Suzuki Dzire has achieved... Read more

The country’s largest car manufacturer, Maruti Suzuki, has witnessed a huge number of sales of about... Read more

Maruti has given a comprehensive head to toe update for the new Dzire, significantly differentiating... Read more

The new Dzire is clearly being positioned as a more premium offering as compared to its previous ava... Read more

Ahead of its launch scheduled for 16th May 2017, Maruti officially unveiled the new 2017 Dzire. The... Read more