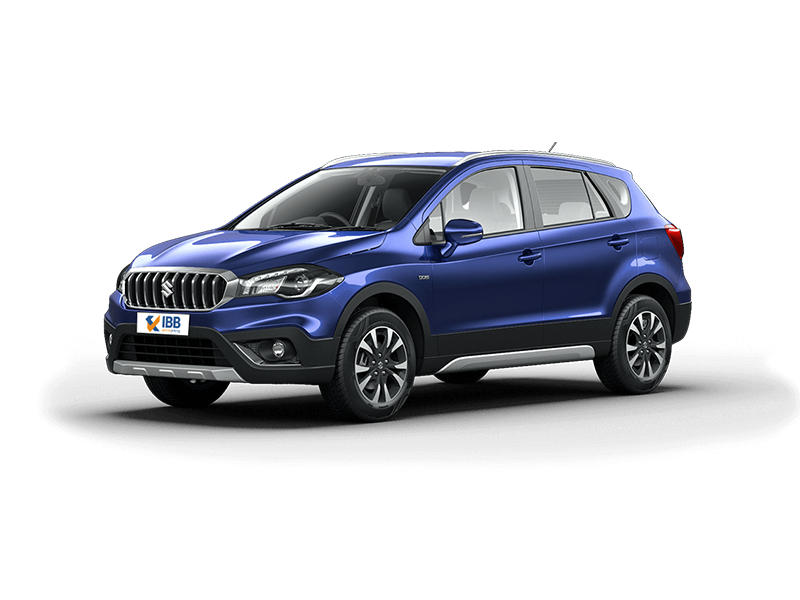 Maruti Suzuki’s first-rate crossover S-Cross has got recently revised in terms of its first mid-life facelift in today’s Indian market. It is found in 4-trim levels such as Alpha, Zeta, Delta, and Sigma. The latest 2017 Maruti S-Cross facelift arrives with the price range of Rs. 8.49 lakh to Rs. 11.29 lakh. Suzuki claims that the latest 2017 Maruti S Cross facelift seems to be stronger, bolder and more fuel efficient compared to the previous one. Sporting feature upgrades and subtle design, the S-Cross facelift resembles more up-market and refreshing compared to the previous model.

Most of the superficial changes have been developed on the fascia of crossover. For the 2017 model, the Maruti S-Cross gets new LED projector headlamps & LED DRL, new radiator grille with broader lower mouth & a carved hood design. Trench the old 205/60 R16 tires, the new S-Cross comprise of wider tires with a contrasting dual-tone machine having alloy wheels. Other design modifications incorporate LED tail lamps with latest graphics & rear combination lamps with LED elements. There were slight changes in terms of dimensions such as S-Cross facelift measures 1785 mm in width, 1595 mm in height and also has a wheelbase of 2600 mm. The Ground clearance placed at 180mm while at its tips the weighing scale will be placed at 1180 kg. The boot can withstand 353 liters of luggage volume & the fuel tank capacity which will more likely to stay at 48 liters.

Maruti has also toiled on the interior quality & equipment-level of the vehicle. The 2017 Maruti S-Cross got new seat fabric, redesigned satin chrome accents, soft-touch dashboard pat and new piano black trim. The middle armrest now receives a new leather finish. The facelifted model of the vehicle also receives as 7-inch touchscreen infotainment system with Android Auto with Mirrorlink and Apple CarPlay and a revised instrument cluster with the multi-information display. The other features of the vehicle are equipped with automatic climate control, cruise control and rain sensing auto wipers. The S-cross 2017 also receives to obtain keyless entry & a start-stop button along with reversing camera and rear parking sensors.

Under the hood, the 2017 Maruti Suzuki S-cross incorporates a 1.3-liter DDiS 200 diesel engine assisted with SHVS mild-hybrid technology. It is also improved with superior features like brake energy regeneration, Integrated Starter Generator, and a start-stop system. The power & torque figures stand at 88.47 bhp & 200 Nm respectively. With an acclaimed mileage of 25.1 km, the new S-Cross is the most fuel-efficient vehicle in the segment. Transmission duties of the crossover are taken care by 5-speed manual gearbox.