One of the oldest and revered, homegrown automakers is Tata Motors. Formerly, it was known as TELCO, Tata Engineering and Locomotive Company. It can definitely be regarded as an Indian MNC, with operations, plants, and units in many parts of the globe. The luxury, British automaker Jaguar Land Rover, became a part of Tata Motors in 2008 and is a fully owned subsidiary of Tata Motors. Also the South Korean auto company, Daewoo, is a subsidiary. 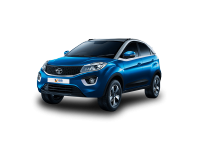 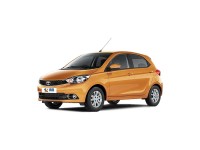 Sell your car with IBB

Couldn't find the right car? Let our experts help you!

Worth Knowing Points A...

Showcased in the Auto Expo 2018, the new Tata 45x concept was center of attention in the exhibition. Read more

Tata Motors has released new information on the features of the upcoming Nexon sub-compact SUV and t... Read more

Tata Motors has been doing wonders in the domestic market and the profit figures are envious. In spi... Read more

Both Tata and Mahindra have made numerous iterations and improvements on their flagship SUVs, trying... Read more

TATA is all set to launch the new car TATA Zica. Undisguised, ready to dispatch images of the car st... Read more

Tata Zica - A brief Summary From the house of Tata Motors, comes yet another hatchback, the Tata Zic... Read more

Tata Motors is one the leading automobile company in India which comes up with upgraded car model ev... Read more

Tata Motors has always endeavored to create high quality and reliable vehicles for the common man an... Read more

This is virtually the first Indian website of any description, that I have seen moving at lightning speed. Bravo !!!!!!!!!!! And your assessment seems reasonable too -- as a car-owner, who maintained ...

good for new buyers to know the value and get safe from cheatings...

Very accurate rates. This will help a lot towards standardizing the second hand car market.

Excellent, very fast, and easy to use service. Thanks a ton. At least someone made a genuine effort to provide what the consumer wants to see and not ridiculous ad pop ups.