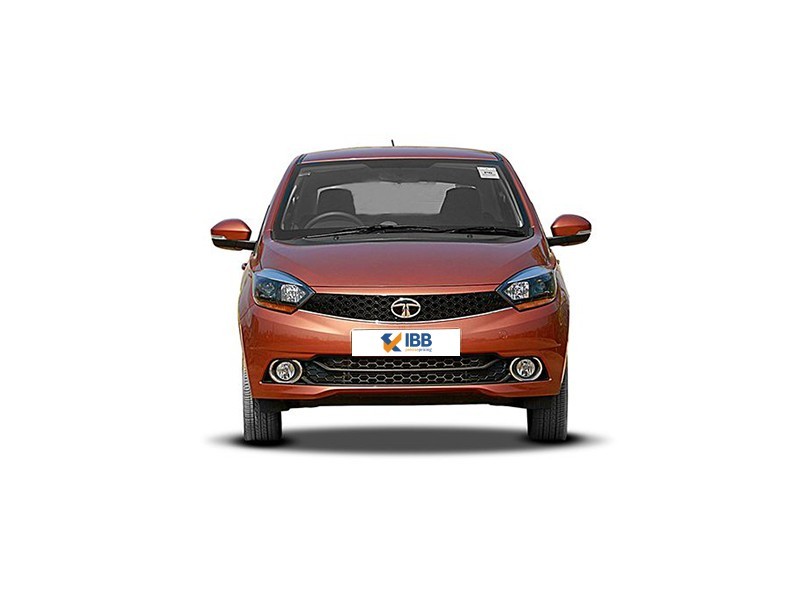 The name of the car may confound you at first but the Tigor is anything but ordinary, at least from the first appreciation that one gets of it. The company explains that the name is a fusion of design, attitude and style. Tata Motors is betting big on the Tigor to create a whole new benchmark in the sub-compact sedan segment which is one of the most competitive markets to crack in India. The Tigor looks really different and this is something that you have to give Tata Motors credit for. The Tigor’s design is based on the Tiago and looks as sharp and smart as the hatchback. We do wish that there had been a few more differentiators other than the radiator grille detailing. The smoked finish and projectors are nice and almost every design aspect is shared with the car’s hatchback sibling at the front.

However, the sides are where the differentiation stars. The rear is absolutely new and the wheelbase has been stretched by 50 mm since the platform allows for the same. The Tigor has newly designed rear doors which boost ingress and egress. There are Tiago-like tyres for the diesel variants but the petrol tyres are larger with diamond cut alloys. The copper brown shade introduced exclusively for the Tigor looks really attractive with its 15 inch alloy wheels. The rear profile is one of the best in the segment. The sleek LED tail lamps and the compact boot with chrome garnishing and the chiseled bumper make it live up to the Styleback positioning that Tata Motors is attempting with this car.

Inside, the Tigor is almost similar to the Tiago and the cabin layout and overall design are the same. However, the Tigor gets a mild color change with slightly darker shades for its trims. The steering wheel is the same but comes with piano finished detailing instead of the regular satin finishing. The design feels contemporary enough and the Harman infotainment unit has been upgraded into a touch screen infotainment system which has a reverse parking camera, service reminder, emergency assist, navigation and USB. Android apps are only accessible here and the longer wheelbase means extra legroom and spaciousness. There is a fabric cover for the side support of the rear seats which is really impressive. However, the hip point of the rear seats has been lowered by the designers and this might bother seniors while going out from the cabin. There are 24 utility and storage spaces along with a 419 litre boot which is more than the Tiago by 177 litres. The boot lid has a smart 4 link mechanism for opening which is nicer.

Tata Motors has kept the 1.2 and 1.05 litre petrol and diesel engines from the Tiago without changing power figures. There is a 5 speed manual transmission unit mated to the engines. The diesel engine does not feel refined and there is some diesel noise which seeps into the cabin. The petrol engine is more refined and offers better driving experiences. The diesel engine, on the other hand, feels a little edgy when pushed and also at high speeds. There are Eco and City modes for both engines. Ride and handling is similar to the Tiago in spite of the increase in kerb weight by 40 kg. The suspension does well but ride quality is better in the diesel model as compared to the petrol version. The Tigor does feel pretty stable while you’re driving it at high speeds and the electric power steering is light and easily maneuverable around tight parking spots and narrow lanes. The Tigor is a value for money at its price since it is just a little more than the Tiago. This makes it a value proposition based on its looks, features and overall performance.

Overall, the Tigor is definitely going to create a splash in the competitive sub-4m sedan category on account of its competitive price point and of course, its stylish looks and attractive design. The design is unique, particularly at the rear and the interiors are pretty nice and premium as well. The engines perform decently and the car does make for a nice alternative to a regular hatchback at an affordable budget.

In an announcement discharged today, Tata Motors has countered before news reports about its Tigor E... Read more

While Tata Motors has been offering the Tigor EV to the public sector, it may now consider launching... Read more

The Tata Tigor Buzz Edition is reportedly making its way to some Tata Motors dealerships and is anot... Read more

The trim details for the upcoming Tata Tigor EV have already been leaked as per reports and there wi... Read more

Tata started this trend with their Indigo CS and other manufacturers followed suit. Tata is the only... Read more

Tata's upcoming SUV, the H5X SUV is among the most discussed autos right now. As far back as the ide... Read more

Tata Motors made waves at the 2018 Auto Expo when it took the wraps off the H5X SUV idea. Radical in... Read more

Tata Motors is no exception, with their newest possible entry into the SUV line. The SUV designed ar... Read more

Tata Motors has started offering advantages and rebates over its scope of traveller vehicles in Indi... Read more

The new JTP version of Tata Tiago was recently tested in India. In the previous year, the Tata Motor... Read more

Tata Motors has recorded an overwhelming sales record of 61 percent. There Read more

According to a recent announcement, Mahindra and Tata Motors will supply 1000 electric vehicles each... Read more

Know what you can expe...

The wraps have been lifted off Tata’s H5X SUV concept at 2018 Auto Expo, and the model was quick to... Read more